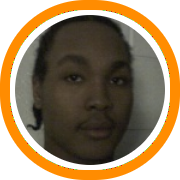 Jameel Galloway, 6'7" forward from Boston College High School and Jaime Shannon, a 6'0" guard transfer from Brandeis University via Lowell High School are both headed to WPI next year where they’ll team with Worcester Academy’s Tony Dolphin to complete the incoming recruiting class.

Galloway is an exceptional athlete with a good motor and Shannon is a quick point guard with a tight handle. Both are a perfect fit for WPI's pressure man-to-man defense and fast break style offense.

WPI is one of only three d3 schools in the country to win 20+ games the past six seasons (Wooster and Amherst are the other two). WPI has advanced to five consecutive NCAA Tournaments and won the NEWMAC Regular Season Championship the past six seasons. Last season WPI finished the season 21-6 and advanced to the NCAA 2nd round after being ranked #1 in the Northeast for much of the season.

Cushing Academy’s Kevin Barr is heading to Nichols College next year.  Barr, who ran with BABC on the AAU circuit, is a scholarship level talent who has the tools to be an immediate impact player at the division III level if he commits himself to it.  He missed most of his senior year at Cushing due to injury, but is reportedly now healthy and set to begin his freshmen season in the fall.

Barr’s BABC teammate, Malik Smith, is headed to South Plains Junior College in Texas.  Smith is a tremendous scorer who is best known for his shot making prowess from behind the three-point line.  He was a source of instant offense coming off the BABC bench last summer and also put up some big numbers for Notre Dame Prep over the last two years.  He’ll spend two years at South Plains but then should see recruitment from a variety of mid to high majors because of his ability to put the ball in the basket.

Greg Long will head to Endicott College next year to play for first year head coach Phil Rowe.  Long is originally from Virginia but came to New England to attend South Kent School last fall.  He was part of one of the best Cardinal teams in school history as they claimed the Class A regular season championship, advanced to the finals of the Class A tournament, and were selected to participate in the National Prep Championship.

Brimmer & May’s Brendan Rollins will be staying close to home to continue his playing career at Anna Maria College.  At just 6’3” Rollins has defied expectations over his career at Brimmer & May.  He’s started at the center position for the past three years, proven himself to be one of the best pound for pound rebounders in the region, and been a valuable weapon offensively because of his ability to pull opposing big men away from the basket with his shooting range.

After landing Nyheem Sanders earlier in the year, Post University has recently announced three more additions to this year’s recruiting class.  Jon Lucky, will be transferring from the University of Rhode Island, to complete his college career in his hometown, while Post will also be adding 6’5” Shoquan Stevens and 5’11” guard Rashamell Vereen, who both previously starred at Maloney High School.  Stevens sat out last year as a red shirt at Post, but will be eligible to play as a freshman next year.  Vereen is transferring in from Franklin Pierce, but also sat out last season and will have four years of eligibility.