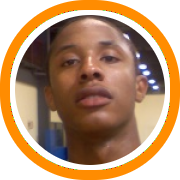 08-09 was a bit of a dream season for UMass Dartmouth.  They took the Little East Conference Tournament Championship, advanced all the way to the Sweet Sixteen of the Division III NCAA Tournament, and finished with an overall record of 27-4.

Now they’re adding three new recruits to the program that they hope can help them sustain their winning ways.  Two of the additions are division II transfers who project capable of making an immediate impact.  Lance Green, a 6’7” power forward from UMass Lowell, and Steve Ramos, a 5’10” point guard from Franklin Pierce will both join the Corsairs next season.  Also coming on board is Paul Rose, a 5’10” sophomore point guard transferring in from Mass Bay Community College.

Jerramy King and Jordan Borucki, two of the players who helped lead the Kent School to one of their most successful seasons in recent memory, have both recently made their college decisions.

Borucki has accepted a non-scholarship offer to play at American University.  The addition is certainly a great one for American as the two-time defending Patriot League champions were able to add a player who received attention from both division I and II level schools throughout his post-graduate year without sacrificing a scholarship.  Borucki is a versatile 6’4” perimeter player who can provide minutes at any of the three backcourt positions.  He has a well rounded skill set and was perhaps best known for his obvious leadership skills during his year at Kent.

King is headed to California to play for Long Beach State.  King is a strong athlete who is at his best attacking the basket with his dribble.  He’s hoping to be able to contend for minutes at the point guard position upon joining the 49ers.  Long Beach State has a very bright future thanks to some of their New England based recruits.  Two years ago they came into the region to land both Larry Anderson and T.J. Robinson.  Last year both were named to the Big West All-Freshmen team while Anderson captured Freshmen of the Year honors.

It has certainly been a good year for the Windsor High School Basketball program.  First, came a terrific season culminating in the CIAC Division I State Championship.  Second, was the news that longtime head coach Ken Smith had been chosen for the New England Basketball Hall of Fame.  Now comes word that the Warriors are sending six seniors on to play college basketball next year, a staggering number for a Connecticut public high school.

Adrian Satchell and Steve Samuels had previously accepted full division I scholarships from UMBC and St. Peter’s respectively.  Doug Soutar is the most recent player to land a scholarship as he’ll head to division II Concordia College.  Eastern Connecticut has landed a pair of Warriors in Attah Agyemang and Kingsley Boothe while Balil Mack-Kalilou received a partial academic scholarship to Emerson College where he will also play basketball.

Despite the loss of these talented six seniors, Windsor still returns a strong team next season, that hopes to defend their state championship, led by rising seniors Tyrus Weaver, Ishmael Kalilou, and Ryan Delaire.

Soutar won’t be the only New England product to suit up for Concordia College next season as the Clippers have also added Marianapolis Prep forward Josh Vital.

Soutar may be best known for his abilities on the defensive end of the floor as he was one of the top lock down defenders in the state of Connecticut last year.  But his offensive game has come a long way too, as was evident in last year’s state championship game when he scored 17 points in the first half.

Vital is an athletic and versatile forward who should be able to provide minutes at both the four and three positions.  He’s another solid two way player who does his best working slashing along the baseline offensively.  Vital was a big factor in Marianapolis’ run back to the finals of the NEPSAC Class B tournament last season.

Danbury High School’s Lenzie Harrison, who was planning on heading to North Carolina’s Mount Zion for prep school as recently as July, has changed his mind and will now head north to Lee Academy.

Harrison may have been the best on-the-ball full court defender in the CIAC last season as well as someone who understands how to run a team yet is still capable of creating his own offense when necessary.

Lee Academy is not a member of the NEPSAC but plays a similar level schedule against some of the top programs from the United States and Canada.  Harrison should benefit from the increased levels of exposure and competition that he’ll receive and will no doubt be able to make a valuable contribution to Lee’s team.