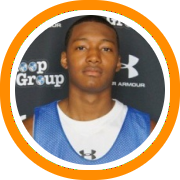 Tufts University has put together their latest top recruiting class as they continue to climb their way up the NESCAC.  Cheshire Academy post-graduate and St. Paul’s alum Tarik Smith is a name local fans will know well.  He scored over 1200 career points at St. Paul’s, but has blossomed into more of a true point guard in recent years.  This season, his total floor game is one of the big reasons why Cheshire Academy is one of the top teams in Class B.  Furthermore, he’s terrific in the open floor and a potentially excellent defender at the college level.

Smith is joined by 6’8” big man Hunter Sabety from Oceanside HS (NY) and 6’6” forward Drew Madsen from St. Augustine’s HS (CA).  Sabety is a division I caliber prospect who turned down 18 scholarship offers to pick Tufts while Madsen is a high level athlete who comes to New England from a winning pedigree in San Diego.

Loomis Chaffee senior guard Bryan Jones is reportedly heading to Middlebury next season after acceptance of his Early Decision 1 application.  Jones is a sharp-shooting guard who has put up huge numbers for the last three seasons at Christian Heritage School, before transferring as a senior, where he has continued to lead the way for Loomis.  The scoring guard was equally productive on the AAU circuit, where he ran with Connecticut Select this summer.

Wilton High School swingman Weston Wilbur is also heading to the NESCAC, and specifically Hamilton College, after receiving his acceptance letter.  A big and versatile swingman who creates mismatch problems with his ability to put the ball on the floor and pass off the dribble, Wilbur is a product of the Academic Basketball Club.

Staples Guard Heading to Wash U

Staples High School’s six-foot-three guard Peter Rankowitz will attend Washington University in St. Louis next year after being accepted via Early Decision 1.  Rankowitz, another product of the Academic Basketball Club, is a big guard with a high basketball I.Q who was equally impressive during numerous academic elite camps, including the Hoop Mountain All Academic Camp, as he was the AAU circuit last year.

Brewster Academy post-graduate guard Patrick Wallace will be returning to his home state of North Carolina to join the team at N.C. State.  Wallace will be the third Brewster product to join the Wolfpack in the last two years, joining current freshman T.J. Warren as well as fellow post-graduate Kyle Washington.  Wallace has been on the most pleasant surprises on this year’s Bobcat team, earning consistent rotation minutes with his toughness, skill set, and ability to make shots from the perimeter.