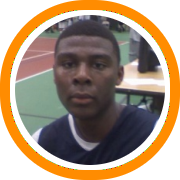 Depth is a requisite to winning the National Prep Championship and St. Thomas More certainly had plenty of it this year.  The proof comes in the fact that two of their key reserves recently scored division II scholarships.  Whis Grant is heading to East Stroudsburg while Elijah Bonsignore will be going to West Chester.

Grant is an attacking guard who is capable of putting points on the board in high volume.  The Pennsylvania native is a tough and hard-nosed player capable of scoring the ball both from long range and off the dribble.

Bonsignore missed a good chuck of the season with a leg injury but returned to make a quick impact down the stretch of the season.  A talented swingman who could potentially play multiple positions at the division II level, Bonsignore is a scoring slasher who is at his best when attacking the rim.

Brandeis University continues to build their basketball program with New England products.  Their most recent additions are Ishmael Kalilou and Myles Brilhante.

Kalilou starred at Windsor High School, where he helped lead the Warriors to the state championship in his junior season, before graduating last year.  He recently completed a post-graduate season at the Taft School where he was named third team All New England Class A.  A six-foot-six forward with good athleticism and an inside-out skill set, Kalilou has all the tools necessary to make a big impact at the next level.

Brilhante is a Massachusetts native who has spent his high school career running the point for St. Andrew’s School.  During that time Brilhante has accumulated a wealth of experience playing against the highest levels of competition New England has to offer and so he offers Brandeis a battle tested lead guard who knows how to run a team, can shoot the ball with range, and even create his own offense.

Suffield Academy post-grad Tell White has decided to attend St. Lawrence University. SLU is getting a long athlete with a very high ceiling. White has come a long way over the last twelve months, and it is clear that his best basketball is still ahead of him. This season White averaged 10 point and 9 rebounds per game.

Fellow Suffield post-grad Patrick Lowndes has decided to attend Emerson College. Lowndes is an absolute steal for Emerson, as he saw interest from a variety of NESCAC programs in addition to Springfield and Roger Williams throughout the season.  On the year Lowndes averaged 8 points and 9 rebounds for the Tigers who reached the NEPSCAC Class B Semifinals.

Lowndes and White are the second and third Suffield Tigers to commit to colleges for next fall, as Andre King accepted a scholarship to St. Anselm College one month ago.

Babson College recently earned a commitment from Sean McClung, one of the top seniors in the NHIAA.  McClung has a long history of success on both the high school and AAU levels.  Most recently he scored 22 points in the championship game to lead his Bishop Guertin team to the NHIAA Division I state title.

On the AAU circuit, he was a main staple of the Granite State Jayhawks team that captured championships at the Boston Shootout and Hall of Fame National Invitational while also making a run to the finals of the Copper bracket at the AAU Super Showcase in Orlando.

McClung is a long six-foot-four swingman with a versatile skill set at his disposal.  He has a soft touch on his jumper and shoots the ball well with deep range.  He can also make plays off his dribble, attacking both sides and able to spin off contact to the rim.

Ray Barry made such a dramatic impact in his first season in New England that he has decided to stay for four more.  The California native starred at Phillips Academy of Andover this year and helped lead the team to a 16 win season and a spot in the class A semi-finals, earning All-New England second team honors in the process.

Now the California native will be staying in Massachusetts for another four years as he has committed to Amherst College, where he joins a Lord Jeffs program that spent the better part of the season ranked in the top ten division III programs in the country and advanced all the way to the Elite Eight of the NCAA tournament.

Barry is a lead guard with the first step and playmaking ability to hurt opposing defenses in a variety of different ways, but his greatest impact comes through his work ethic and leadership skills as he is a tough and scrappy competitor who plays hard every time he steps foot on the floor.

First year Trinity College coach James Cosgrove continues to build one of the top division III recruiting classes in the northeast.  The most recent additions are Mickel Simpson and Taylor Rioux.

Simpson is a six-foot-three swingman from Woburn Memorial High School in Massachusetts.  Extremely long, capable of playing multiple positions, and a high level athlete, Simpson is equally capable of locking down on the defensive end as he is rising up for a dunk when attacking the rim.

Rioux is coming off a big senior season at Valley Regional High School in Connecticut, where he led his squad to the class S state championship.  A versatile six-foot-four forward who plays with a high-motor, Rioux will add increased depth and toughness to the Bantams frontline.

Nico Donato, the six-foot-one senior guard who led Glastonbury to one of their best seasons in recent years, has decided to attend Wentworth Institute of Technology next season.

Donato is a powerful guard with a college ready body.  He goes hard to the rim, is very adept at finishing through contact, and also proved himself capable of making shots in bunches from behind the three-point line this year.

Donato earned a variety of accolades following his senior year including All-CCC and a selection to the CHSCA All-Star game.

Putnam led Windsor Locks in both scoring and assists and helped the team to a 15-5 regular season record.  He was named a CHSCA All-Star in the process.

Putnam is a heady lead guard with a high basketball I.Q. and super smooth stroke from behind the three-point line.

The six-foot-two swingman is best known for his ability to put the ball in the basket both with his long distance shot making and an improved ability to create his own shot.

Gooden’s senior season saw him lead the Belchertown team all the way to the semifinals of the Western Massachusetts division II state tournament.

MIT continues to add to their recruiting class, the most recent commitment coming from Ryan Isono from the Head-Royce School in Oakland, California.

A four year varsity player and two time captain, Isono averaged 17 points, 7 rebounds, and 5.4 assists during his senior season while earning league MVP honors of both the regular season and conference post-season tournament.

Head-Royce has seen tremendous success in recent years, earning three consecutive league championships with a combined record of 35-1, going undefeated in both the 2008-2009 and 2009-2010 sesasons, advanced to the North California Championships for two consecutive years, and last year going all the way to the semifinals of the California state tournament.