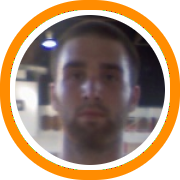 Patience is a virtue.

And for a division III college basketball coach hoping to land a scholarship level talent, it is crucial.

So few high school basketball players truly understand what a high level of college basketball most division III schools compete at.  They’ve dreamed of scholarships throughout the course of their career and don’t want to consider anything less than that.

At least at first.

If the division III school in question is a very high academic institution, sometimes they can land a player like this early in the fall by having them go early decision in order to better position themselves for acceptance into a school they may not normally be admitted to.

More often, the division III steals happen late.  The respective coaching staffs spend the better part of their year recruiting players they know could very well end up getting a scholarship.  Yet they invest all of that time so that just in case that scholarship doesn’t happen, the recruit will fall back on the division III school that has recruited them the hardest.

Our latest batch of commitments features a number of similar stories – undeniable scholarship level talents who are now headed to play division III basketball because those coaches were patient, and consequently ended up getting a steal late in the year.

Trinity College head coach Sean Tabb continues to demonstrate his recruiting prowess as his latest steal has landed the Bantams a game changing point guard.  Kimball Union Academy’s Cam Sutton will be heading to Hartford next year.  Sutton, originally from New York, is the prototypical NYC point guard – tough as nails, able to get wherever he wants with his dribble, and a phenomenal lock down defender.  That’s a pedigree that you don’t see much of in the NESCAC and so Sutton is sure to cause a lot of problems as he’ll provide Tabb with a dimension that most other schools can’t counter with their lead guard.  Sutton joins Andover (MA) High School’s Kevin Polanco and Cheverus (ME) High School’s Mick Distasio to provide Tabb with a tremendous three-headed class.

Sutton was one half of a terrific inside out 1-2 punch this year at KUA and his running mate was center Wouter van der Eng.  The 6’8” big man did a post-graduate season at KUA after having graduated from the Holderness School a year earlier.  Van der Eng’s name was a hot one this fall as a host of division I and II school’s were asking questions about the skilled and physical post player in New Hampshire.  But what will likely turn out to be their loss is certainly Colby-Sawyer’s gain as head coach Bill Foti has landed a recruit with the abilities to eventually be one of the Commonwealth Coast Conference’s best post players.  Van der Eng is a bit of a throwback type of post player in that he’s very physical working for position inside, able to score with either hand around the basket, and skilled enough to step to the perimeter and make open jumpers.  He joins Cory Willis from St. Sebastian’s (MA) and Jason Cheverfils from Manchester Memorial (NH) in Colby-Sawyer’s terrific recruiting class.

Wentworth Gets Another Good One

Speaking of Commonwealth Coast Conference and great recruiting classes, Wentworth’s already impressive class just got a lot better.  Jamual Bryant, a wiry and athletic guard/forward from the Salisbury School, recently put down his deposit.  Bryant will join division I transfer and 6’10” center Sam Herrick, Connecticut native and Trinity Pawling post-graduate sharp-shooter Sean Bertanza, and Corey Therriault, a semi-finalist this year for Maine’s Mr. Basketball award.  But Bryant may end up being the gem of the group.  An unquestioned scholarship level athlete with a skill set that has come a long way in recent years, Bryant did it all for Salisbury over the last three years – scoring off the dribble, being a consistent threat at the three-point line, locking up the opposition’s best scorer, and even playing some point guard.  His addition will be a huge one for head coach Tom Devitt.

The University of Rochester has come into New England to land two impact players.  Phillips Exeter Academy post-graduate Rob Reid and Staples High School guard John DiBartolomeo will both be joining the Yellowjackets next year.  Reid, originally from North Carolina, is a southpaw step-out five-man with a big body and polished skill set.  The 6’9” center was considered by most to be a future Ivy League player but should be perfectly suited to make a big impact at Rochester.  DiBartolomeo was a name most had never heard of at this time last year.  But the lefty sharp-shooter first emerged at the Williams’ prospect camp last summer and then exploded onto the scene with a terrific senior season at Staples.  DiBartolomeo has all the skills to play the point at the next level, but is at his best when allowed to be aggressive looking for his shot as he’s a natural scorer.  Rochester is a top ranked academic school that has a long and storied basketball history competing in the UAA including four trips to the Final Four, three appearances in the national title game, and a national championship in 1990.

Babson Gets Commitment from Milton Star

While DiBartolomeo had a breakout senior year in Connecticut, Milton High School’s Marcus McDermott certainly did the same in Massachusetts, especially in the post-season.  McDermott led Milton to the MIAA division II state title this season with a game high 20 points in the final and another 24 in the section final win over Catholic Memorial.  And while McDermott is certainly a proven scorer, his biggest weapon may be his versatility.  In fact, while McDermott averaged 21 points per game during his senior season, he also averaged 7 assists and 6 rebounds.  He’ll join St. Mark’s Russell Braithwaite, who Babson hit a home run with earlier in the year, in head coach Stephen Brennan’s incoming recruiting class.

Tony Dolphin has had the tremendous experience of playing his high school basketball in one of the nation’s most competitive conferences, class A of the NEPSAC.  Going up against 19 and 20 year old post-graduates since his sophomore season, Dolphin is now a savvy and battle tested veteran who shouldn’t miss a beat starting his college career next season.  It turns out he won’t be going very far as he’ll be traveling from Worcester Academy to Worcester Polytech Institute.  WPI has blossomed into a powerhouse basketball program under head coach Chris Bartley as they’ve won at least 20 games and advanced to the NCAA Tournament in each of the last five seasons.  Dolphin will provide them with a face-up four-man with a great feel for the game and ability to make decisions from the high post position.

According to reports, Newton North High School’s Geoffery Woodberry is headed to Keene State next season.  Woodberry is a 6’2” forward who plays much bigger than he is and does his best work around the basket.  He’s a strong and aggressive player who excels at bringing smaller defenders to the low post as well as attacking off the dribble.  Woodberry would join D.J. Campbell of Vermont Academy, Adam Gamelin of Colchester High School, and Shane Norris of Burlington High School in Keene State’s recruiting class.

Governors Academy’s Adam Marshall has accepted a preferred walk-on spot at Merrimack College.  Merrimack is a division II school in the Northeast 10 Conference.  Marshall is expected to take a red shirt year next season in hopes of earning a scholarship down the road.  As a red shirt, Marshall will be allowed to practice with the team, but will likely not see action in any games in order to maintain his full four years of eligibility.  Marshall is a skilled face-up four-man who can be effective both shooting the ball from the perimeter as well as scoring inside with both hands.

Marianapolis Prep’s Justin Duvarney is in a similar situation as he has decided to play basketball at Morehouse College where he is hoping to eventually earn a scholarship.  Morehouse is an NCAA Division II school located in Atlanta that competes in the Southern Intercollegiate Athletic Conference.  Duvarney will look to make his impact felt with his abilities on the defensive end of the floor where he has proven himself to be a lockdown on-the-ball defender.  Offensively, he offers good versatility as he is capable of playing either guard position, is very effective going to the rim, and has an improved perimeter jumper.