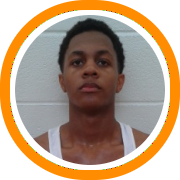 Those mounting changes are starting to impact an equally growing number of local products, many of whom have been in the news in recent days:

South Kent guard Shane Rector, who made a verbal commitment to Rutgers earlier in the winter, opted to re-open his recruitment yesterday after former head coach Mike Rice was fired.  No word yet on what schools Rector will consider the second time around, although he’s likely to have plenty of suitors given the limited number of high level guards left on the board;

St. Thomas More had a trio of players previously committed to former Hofstra head coach Mo Cassara.  On Wednesday, the Pride named former Niagara head coach Joe Mihalich as their new head coach.  SNY’s Adam Zagoria reported that Mihalich will keep the commitment from STM guard Amadi Udenyi while Marquis Moore and Gabe Levin will both re-open their recruitment.  Moore will still consider Hofstra along with George Mason, Creighton, Boston University, and Fairfield.  Levin is no longer expected to consider Hofstra and is instead focusing on Duquesne, Fordham, Loyola-Marymount, Illinois-Chicago, and Boston University according to Zagoria.

Vermont Academy guard Daquein McNeil has yet to make any public announcements, but his situation has changed now that Florida International head coach Richard Pitino has left to take a similar position at Minnesota.  Don’t be surprised to see McNeil follow suit and head to the Big Ten.