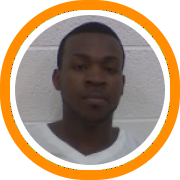 Taking into consideration what are arguably the two most referenced top ten polls in the state, those of the Hartford Courant and New Haven Register, today we take a look at how the season is shaping up thus far in Connecticut.  Here are the leaders:

Trinity Catholic High School
Stamford, 9-0
#1 Register Poll, #1 Courant Poll
Mike Walsh’s squad may not go more than six deep, but with guys like Tevin Baskin and Eric Jean-Guillaume on board, they haven’t needed to thus far.  There 9-0 record, along with quality wins over St. Joseph’s and Bassick has them in the top spot in both polls.

Hillhouse High School
New Haven, 9-0
#2 Register Poll, #2 Courant Poll
Hillhouse also sits at a perfect 9-0 and although they received two first place votes in the Register poll, they came in at #2 in both polls.  They’ve gotten great production and veteran leadership from Jeremy Moore, TJ McKiver, and Spencer Smith while youngsters like Tavon Allen and Fred Wilson have also provided a spark.

Sacred Heart High School
Waterbury, 9-0
#3 Register Poll, #3 Courant Poll
The junior duo of Josh Turner and Cory Andrews has allowed Sacred Heart to be the most dominant team in the NVL to begin the season.  They’ve had close games with Holy Cross and Kennedy, but scored convincing double digit wins over Torrington and Crosby.

Holy Cross High School
Waterbury, 9-1
#4 Register Poll, #9 Courant Poll
They may not have the big names like some of the other schools on this list but they have one of the state’s most underrated players in TaQuan Zimmerman and a host of players who share the ball and make open shots like junior forward Ryan Kolb.

New Lodon High School
New London, 10-1
#6 Register Poll, #4 Courant Poll
Their strength of schedule is low in comparison to the rest of the teams on this list due to their conference affiliation, but non-conference wins over Hartford Public and Manchester have helped to legitimize their position as a top ten team in the state.  Their only loss came to Northwest Catholic in their season game of the season.

Windsor High School
Windsor, 8-1
#5 Register Poll, #8 Courant Poll
They were the second ranked team in both polls last week before being upset by Bulkeley 85-71.  But with two stars like Steven Samuels and Adrian Satchell; a supporting cast that includes Tyrus Weaver, Doug Soutar, and Ishmial Smith; and legendary head coach Ken Smith on the sideline you can bet they’ll climb back up the list before March.

New Britain High School
New Britain, 8-1
#7 Register Poll, #5 Courant Poll
They have as good of an inside out duo as anyone with Darius Watson and Steven Glowiak.  They also haven’t dropped a game since opening night when they fell to Hartford Public in overtime.  Since then they’ve had quality wins over East Hartford, Bulkeley, and Glastonbury.

Cromwell High School
Cromwell, 9-0
NR Register Poll, #6 Courant Poll
Playing in the Shoreline Conference they haven’t seen a top ten caliber opponent all season…and they won’t until the state tournament.  But they’ve been leveling everyone in their path as their 16 point victory over RHAM was the only time a team kept it within 25.  Shawn Holley, Isaiah Salafia, and Tyler Burkhart give them a terrific first three.

Stamford High School
Stamford, 8-0
#8 Register Poll, #7 Courant Poll
They’re probably not given their due by either poll because they’re so far west.  But they’re 8-0 in one of the state’s toughest conferences (FCIAC) and have a legitimite star player in Chris Evans.  With upcoming tests against Greenwich, Trinity Catholic, St. Joseph’s, and Bridgeport Central they’ll have a chance to prove themselves.

Stratford High School
Stratford, 8-0
#9 Register Poll, NR Courant Poll
The defending class M state champs are off to an 8-0 start and have plenty of offensive firepower beginning with junior big man Brandon Sherrod and swingman Russell Payton.  But they lack a signature win thus far and shouldn’t face a true test until they see Notre Dame on February 10th.

Bloomfield High School
Bloomfield, 8-1
#10 Register Poll, #10 Courant Poll
The reigning class S state champs fall a few spots in both polls after losing to Rockville in overtime last week.  But with juniors Rashad Moore and Denzel Jones on board they will no doubt get back to their winning ways quickly.