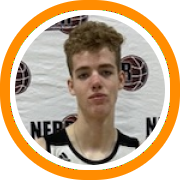 The Cap City Scrappers are a grassroots program based out of the capital district of New York that have been growing rapidly over the course of the last five years and now include up to 15 teams.

Under the direction of Bob Shields, the program has also lived up to its name and worked hard to provide a platform for their players to be able to earn the college exposure necessary to play at the next level.

They competed in the Adidas Silver Gauntlet in 2019, winning the championship at the Washington D.C. regional and then finishing as the runner-up of the Silver Nationals in Mansfield, Texas.

Next spring, they’re slated to join the ZGXL. First though, they wrapped up the 2020 season with a visit from the Be Seen Tour and an exciting game played between their top u16 and u17 teams.

Here’s a look at who stood out:

Dayshaun Walton, Green Tech Charter – Walton is a 6-foot-5 lefty who ran the point guard spot and seemed instinctive doing it. He has a good build to match his perimeter size, floor vision, playmaking ability, and even some shooting potential to develop. In short, there’s undeniable tools here and a bright long-term future if he can value substance over style and buy into being an efficient player on both ends of the floor.

Robert Jordan, Fort Plain HS – A wide-bodied big man who can clear space inside, Jordan also has some face-up touch and skill, making him a potentially versatile mismatch up front. Perhaps his most unique characteristic is his unselfishness and passing ability, which would give him even more value at the next level where bigs who can pass are widely coveted for various types of offensive actions.

Isaiah Austin, Albany HS – Austin is very talented with the ball and once his body catches up with his game, his stock should go to new levels. He was smooth with the ball and while he can’t yet always play through contact, there’s clear playmaking ability to develop. He also showed a lot of shooting potential, both off the catch and the dribble, and even the ability to rise up at the rim.

Jack Allen, Niskayuna HS – Allen didn’t necessarily have a huge statistical outing, but he showed clear tools and long-term potential. First, he’s skilled. He shoots the ball well, has three-point range, and handles it confidently in the open floor. He also has good perimeter size at 6-foot-3 and as he continues to fill-out his frame, his game will only go to the next level.

Levi Thomas, Fort Plain HS – Thomas did his best work off the dribble, making some tough drives and finishing with both hands. He has solid positional size and a good build and isn’t incapable of knocking down open shots from the outside.

Jesse Kuzmich, Greenwich HS – A well-built point guard with a strong body, Kuzmich was engaged on both ends of the floor. He had a solid stroke from behind the three-point line, showed his driving potential late in the evening, and was alert and effective defensively.

Darian Parker, Niskayuna HS – An undersized forward who compensates for what he may lack in height with power and physicality, Parker was effective in and around the paint. He bullied his way to the rim, played off two-feet, cleared space, and even used a pro-hop effectively.

Chace Peterson, Troy HS – Peterson is a 6-foot-4 forward with an athletic frame who was effective slashing to the rim and willing to make the extra pass inside. As his skill-set continues to extend away from the basket, his game should go to the next level.

Matt Fuscus, Bethlehem Central HS – Fuscus wasn’t the best player we saw in the program’s senior class, but he may be their best long-term prospect. He’s 6-foot-8, changes ends fluidly, has good hands and touch, and floor-spacing potential down the road. But he needs to add a lot of strength before he’s ready to play through contact, not just at the next level, but even now.

Bo Catherwood, LaSalle Institute – Catherwood is a lefty wing with a powerful body, solid athleticism, and some shooting touch. He was certainly one of the more talented and potentially versatile 2021 prospects there and as he learns to pick his spots and put a premium on efficiency, his impact will only increase.

AJ Giaquinto, Burnt Hills HS – The consummate point guard, Giaquinto was solid across the board and reliable from start to finish. He moved the ball beautifully, mixed in a couple high-level passes, was a reliable decision-maker, and showed enough individual offense to keep opposing defenders honest.

Jadon Dickson, Watervliet HS – Dickson is a 6-foot-3 forward who made the most of each dribble while attacking the rim. He played with length, showed solid athleticism, and has a high-arching shot that should continue to develop in the coming years.

Owen Kane, LaSalle Institute – A broadly built 6-foot-8 big man, Kane is a massive physical presence inside the lane. He’s virtually immovable in the post but also has some soft touch to continue to develop.

Christian Pringle, Pittsfield HS – Pringle showed some versatile scoring potential at all three levels. He has a clean shooting stroke, both from behind the arc as well as with his mid-range pull-up, and even made some tough runners inside the lane.

Jackson Sassonella, Broadalbin Perth – A drive-first scorer who maximizes his strong body to play through contact, Sassonella attacked the rim, made some high level plays in the open floor, and showed a shooting touch to develop at the free-throw line.

Trey Snyder, Cohoes HS – Snyder was a late addition to the field, but he seized the opportunity to make an impression. He shot the ball well from distance, had good mechanics, took defenders off the dribble, and finished with both hands around the rim.