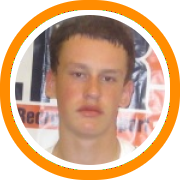 Boston College High School has a very talented and deep roster. 6’8 junior forward Jake O'Brien has a definite future at the division one level, as too will 6’5 junior shooting guard Tim McKinney (despite missing the championship game with an injury) and potentially 6’7 senior forward Andrew Yanulis after spending a post-graduate year at Northfield Mount Hermon. But with less then 8 minutes remaining in the finals of the state championship game when BC HS found themselves down by double figures for the first time since their opening game of the season it was 5’7 senior point guard Chris Hurley who picked his team up. Although Hurley has seen his recruiting status consistently improve to the point where he now has several division II suitors, he may never play division I college basketball like some of his teammates. Nevertheless, there might not be a player more valuable to his high school team anywhere in Massachusetts. On Saturday, the undersized point guard was tremendous on both ends of the floor finishing with a game high 18 points and 6 assists while pressuring a shorthanded Holy Name backcourt and picking up 7 steals.

But as has been the case with this team all year long it is never a one man show. In fact down the stretch it was two normal reserve players in Nick McLaughlin and Brian Mahoney who hit consecutive three-pointers to guarantee the victory. Appropriately Hurley knocked down two free-throws for his teams final points of the game.

For Holy Name this was their second consecutive loss in the state finals after falling to Newton North a year earlier. They were forced to play without their point guard Dan Onorato after he tore his ACL two games earlier in the Central finals. Consequently, Dominique Price was forced to play the point for most of the game. In the first half Price was tremendous using his strength and athleticism to get into the paint where he either finished at the rim or pulled up with a short jumper en route to scoring 11 points on 5-9 shooting from the floor. But the second half was a different story as BC HS locked down their defense and held Price scoreless despite 7 attempts from the field. Picking up the slack for Holy Name was Ryan Brown who scored 13 of his team high 14 points in the second half. Assumption bound swingman Mike Baldarelli struggled with his shot throughout the night converting on just 4 of his 17 attempts while scoring 11 points.

With the 56-52 victory Boston College High School won their first state championship since 1917. Although BC HS does lose quite a bit including three starters in Hurley, Yanulis, and 6’5 forward Nick Scheinman, the team should again be a challenger next season led by the duo of O’Brien and McKinney.

Tantasqua Regional Defeats Catholic Memorial in Division II
Tantasqua Regional High School culminated their perfect 25-0 season with a state championship as they defeated Catholic Memorial 64-58. 6’4 senior center Andrew Kazanovicz led the way for the Warriors with 16 points and 8 rebounds. In addition to leading his team to a state title Kazanovicz’s day was doubly special as his 14th point put him over the 1000 point mark for his career. Brian Vayda chipped in with 16 points, 10 rebounds, and 3 blocked shots as Tantasqua dominated the game on the interior.

In addition to their success under the basket the Warriors relied on a sound defensive strategy of switching their defenses to confuse the normally sharp Catholic Memorial attack. The Knights are typically a team who relies in large part upon their proficiency from behind the three-point line for most of their offense. But in the second half they had a hard time getting organized quickly enough to find any open looks. 5’11 junior guard Brendan Monteiro scored a team high 11 points but converted on only 4 of his 17 shots from the floor.

Watertown Wins Division III
Anthony Coppola, the reigning Middlesex County Most Valuable Player, scored 24 points despite breaking a bone in his shooting hand a day earlier in practice. What was most impressive though was how calm and collective Coppola was at the free-throw line in the game’s final seconds, as he went 4-4 from the charity stripe in the last 6 seconds of the game to ensure Watertown’s first ever state championship with a 62-61 win over Sabis in the Massachusetts Division III State Championship Game.

Coppola almost didn’t get the chance to be the hero. With 10 seconds remaining in the game and his Watertown team ahead 58-56, he had the ball stolen by Sabis’ Isiah Wallace who subsequently laid it in at the other end to tie the game. Watertown quickly in-bounded the ball to Coppola who pushed it down the sideline where a Sabis defender was called for a blocking foul sending Coppola to the line for a chance to retake the lead. After Coppola made his first pair of free-throws, Sabis attempted to in-bound the ball along the baseline but was called for a violation when the receiver had not yet cleared the line on the catch, giving the ball back to Watertown. Coppola was able to free himself for the catch before being quickly fouled. With the same calm and collected stroke he had shown a few seconds earlier he knocked down another pair of free-throws to give his team a 62-61 lead. Despite Wallace converting a three-pointer at the buzzer, Watertown snuck away with a 62-61 victory in an extremely exciting championship game.

Wallace led Sabis throughout the game, but was dominant in the second half when he scored 18 of his game high 24 points. He also grabbed 10 rebounds and handed out 6 assists. For Watertown Coppola’s supporting cast was led by Steve Keuchkarian and Cory Stockmal who scored 16 and 14 points respectively while combining for 6 three-pointers.

Boston Cathedral defeated Savio Prep 55-52 to win their second consecutive state title last Tuesday. Sophomore sharpshooter Max Barbosa was the hero hitting back to back three-pointers down the stretch. When Barbosa hit his first trey it gave his team a 52-50 lead, while his second extended that lead to 55-50 with just under one minute to play in regulation. Very quickly thereafter Savio’s Jason Ruggiero knocked down two free-throws to make it a one possession game. Savio had one last chance to send the game into overtime but Ruggiero’s three-point attempt at the buzzer came up short. Barbosa finished with 15 points for Cathedral while senior Christian Howell scored a game high 16. Savio was paced by junior forward Michael McCarthy with 12.