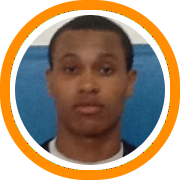 New England Recruiting Report was once again in attendance for the third annual Boston Best 40 at The Rivers School in Weston, MA. Players in the afternoon session included both rising freshmen and sophomores.  Those prospects went through an introductory workout and also took in a short lecture regarding positive habits that can translate basketball success to success in the real world past basketball, from Hoopville’s Phil Kasiecki. Here is a look at who stood out:

AJ Brodeur, 6’6 freshman, Algonquin Regional High School-Northborough (MA)-A lot of the buzz during the afternoon session was over Brodeur’s dominant play in the post. Unlike many other young big men who lack coordination as they grow into their bodies, AJ used fabulous footwork and impressive fundamentals to standout this afternoon. He is a fundamentally sound player; gets low on his box-out, chins his rebounds, holds the ball high when driving to the rim, posts up strong, and runs the floor hard. AJ was the break-out performer of the afternoon session.

Andrew Kaufmann, 6’6 sophomore, Rivers School-Weston (MA)-He’s a player that is still adapting his game according to his body and skillset. Andrew showed comfort in shooting from the perimeter, and also showed the ability to go inside against some of the better big men at the afternoon session.

Aaron Mclean, 6’6 freshman, St. Mark’s School-Southborough(MA)-Aaron has a lot of potential because of his combination of size, athleticism, and comfort in playing in the post. He showed a high, right-handed hook, moved well without the ball, and rebounded at a high-rate against the other top post players at the event.

Taris Wilson, 6’2 sophomore, Charlestown High School (MA)-Taris had a couple of posterizing dunks that were a true testament to his impressive athleticism. He showed off excellent passing, to go along with some mid-range shooting and exceptional finishes at or above the rim. He is much faster and beats defenders much easier when he remembers to stay low.

Freddie Oliveria, 6’5 sophomore, Lynn English (MA)-Freddy is a strong post player with a dangerous mid-range jumper. He plays the game physically, rebounds with aggressiveness, and does not shy away from contact. Overall, his comfort in the post makes him a tough match for any opposing defender. Freddy reported that he will be attending Lynn English this fall, after spending his freshman year at West Roxbury.