Best Left on the Board 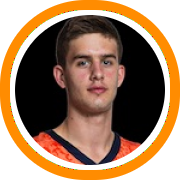 With the top 14 players in the recently updated 2015 rankings off the board, there aren’t many options left for college coaches still looking to add pieces to their current recruiting class.

While there might not be many options, that doesn’t mean there aren’t still some good ones. Here’s a look at the top prospects still left on the board in New England.

Curtis Cobb, Wilbraham & Monson – He’s been widely recruited over the years and has had his fair share of recent interest as well. Wake Forest head coach Danny Manning watched him a few weeks ago while anyone in the market for a big and versatile guard with a smooth scoring game is bound to take a peak now.

Ronnie Suggs, Vermont Academy – The post-graduate swingman visited Miami (OH) this weekend after picking up an offer a few weeks back. The former Missouri pledge offers good size and length on the wing along with the ability to make shots and gradually expanding versatility.

Francisco Alonso, Cushing Academy – A post-graduate guard from Spain, Alonso may not blow you away with big numbers but his skill set and understanding of the game is very high. He’s seen interest from the ACC to the A10 to a variety of mid-major leagues this season.

Rudolfs Stradnieks, Lee Academy – A true senior who came to Lee from Latvia, Stradnieks added offers from Drexel and Miami (OH) earlier in the season and has only seen that level of interest continue to rise in recent weeks with more coaches set to watch him at this weekend’s NPSI.

Jarrell Brantley, Notre Dame Prep – One of the unsung heroes for Notre Dame Prep’s strong season to date, Brantley is a six-foot-six power forward with a bulldozer body. He’s another who is expected to be a popular attraction this weekend and has a variety of mid to high-major interest.

Daquon Ervin, Northfield Mount Hermon – After earning 1st team All NEPSAC honors in AAA last season, Ervin has been limited by injuries for the better part of the last ten months. He’s finally healthy now though and starting to put up big numbers in the most challenge stretch of NMH’s season.

Malik Petteway, Sacred Heart – A versatile forward with a good motor, Petteway scored offers from FDU, Fairfield, St. Peter’s and Wagner this summer and continued to impress at last week’s Hoophall Classic, where he caught the attention of even more coaches.

Brandon Aughburns, Canterbury – One of the best true big men left on the board, Aughburns had a variety of offers to choose from this fall and yet still remains on the board. Rider, Canisius, Iona, LIU, Fairfield, and Wagner have been among his most notable offers.

Juwan Anderson, Suffield Academy – The California native has been a popular man since arriving at Suffield, providing a quality option for any program in need of shooting or guard play. Cal State Bakersfield and Fairfield have been among the schools to offer this season.

Franklin Porter, Tilton – The senior swingman has quietly been putting up some big numbers this year for the Rams, helping them sit atop Class AA with just four weeks to play in the season, and in so doing proving there is no way he isn’t a division I talent.

Jerry Johnson, Notre Dame Prep – The Tennessee native has been another of the unsung heroes for Notre Dame Prep. He’s powerful, skilled, able to make plays off the dribble and consequently one of the best available, and most versatile, guards left on the board.

Max Rothschild, New Hampton – He earned his way into the New Hampton starting line-up this season and has exceeded expectations along the way. His rugged and hard-working approach, combined with his high basketball I.Q., has earned him options in the Ivy League and beyond.