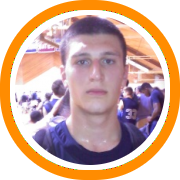 BasketBull held their annual fall showcase on Friday night, providing over 80 hopeful college prospects with the opportunity to play in front of division II and III coaches.

Wilbraham and Monson was well represented at the event, showcasing a variety of their top prospects including their backcourt of Maodo Lo and Jaylen Brantley, who showed why they are both division I recruits and a tandem to be reckoned with in class AA this season.

Mike Boornazian and Robinson Vilmont both helped themselves as well.  Boornazian, a post-graduate from Xavier High School in Connecticut, could be taking his recruitment to the scholarship level with a motor that always runs in first gear, consistent shot-making ability, and a rapidly improving basketball I.Q.

Vilmont’s recruitment is rising in a similar direction.  A creative lead guard who can make plays for himself and others, the Boston native demonstrated improved poise and versatility throughout the course of the showcase.

Here’s a look at other players who impressed on Friday:

Darren Payen & Victor Joshua, Hamden Hall – Speaking of tandems, this one looks to be especially potent for Hamden Hall this season.  Payen was one of the best post prospects in the event and Joshua a top-notch playmaking guard who uses his size and length to score overtop of smaller defenders.

Josh Sharma, Lexington HS – Fresh off his breakout performance at the New England Elite 75 Showcase – Frosh/Soph Edition, Sharma impressed again on Friday night, showing the same size and skill along with an aggressive game inside the paint.

Tyler Veretto, East Catholic – One of the evening’s most pleasant surprises, Veretto did his best work attacking the rim, showing a strong body and good athleticism to both absorb contact on his way to the paint and then finish at the rim.

Garey Allen, Windsor HS – He was one of the best on-the-ball defenders in the field, showing the ability to pressure the ball and turn his man.  Offensively, he puts an equal amount of pressure on the opposition, attacking the rim and finding his teammates.

Sean McNally, Hanover HS – The junior swingman was another pleasant surprise, showing the combination of size and skill to be a potential mismatch problem, and enough deceptive athleticism to impose his will around the rim.

Levy Gillespie Jr., Capital Prep – He loves to play and he shows it by being active on the circuit every weekend.  His game continues to impress as a big point guard who can see over top of the defense to facilitate for his teammates.

Jamel Torrence, Suffield Academy – He rivaled Allen as one of the best defensive guards in the field while showing similar playmaking skills off the dribble including a flair for the dramatic with his passing skills.

B.J. Davis, Hamden Hall – He’s quick with some bounce and can make shots in bunches from behind the three-point line, that’s a recipe for a guard who can produce in high volume and Davis did just that on Friday night.