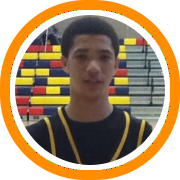 The event is named after George “Trigger” Burke, a former standout basketball player at the University of Massachusetts Amherst in the mid-1950s.  A 1956 second-team All-America selection, Burke was the first player to lead UMass in both scoring and assists in the same season and is one of only three former Minutemen to have his jersey retired.  A former acting mayor of the City of Quincy and District Attorney of Norfolk County, Burke enjoyed a successful law career after his playing days at UMass and as a professional player with the Boston Celtics.

Trigger would have been proud of the local boys on Saturday as both BABC’s ninth and tenth grade teams ran away with blowout victories.

The freshmen create unrivaled defensive pressure for all 32 minutes to create offense from their defense, but are equally impressive with their unselfishness on the offensive end, as they made the extra pass continuously, even when playing with a big lead.

The sophomores may not yet have the big names of other BABC squads, but they’ve already got a national championship to their credit and that’s a product of their versatility and depth, as they are capable of beating you in a variety of different ways.

Here’s a look at some of the individual prospects who impressed on Saturday:

Schadrac Casimir, Trinity Catholic (CT) - USAD opened with a 20 point win and Casimir was the spark, scoring a team high 21 points while also handing out several assists off the dribble.

Christian Ejigba, Hyde School (CT) - A new prospect on the scene made his debut this year for Hyde and showed definite upside on Saturday with the Rhode Island Breakers.  Definitely one to watch.

Sammy Mojica, Chelsea (MA) - Long, playmaking swingman showed well for MABC, driving both sides to get into the lane, utilizing his runners, and follow his own misses on the offensive glass.

David Stewart, Madison Park (MA) - Undersized big man was matched up with Greg Senat and went right at him, utilizing his strong body and good motor to get a ton of stuff done in the paint.

Jaleel Bell, Wayland (MA) - Another guy who showed well for MABC, Bell shoots it well from long range and has some complimenting tools with a solid frame and the ability to attack close-outs.

Sayvonn Houston, Brockton (MA) - While far from a dominant performance, Houston's size and strength proved too difficult for the opposition to match up with as the Bomb Squad won big in their opener.

Brendan Miller, North Andover (MA) – New England Storm swingman has the heady floor game you would expect from a coach’s son but sneaks up on you with some big time bounce around the rim.

Malik James, Brighton (MA) – He controlled the game while running the point for Expressions, scoring when he needed to but primarily running the show all while showing off a stronger frame.

Jared Terrell, New Hampton (NH) - His first performance of the grassroots season was just what you would expect – a scoring show that included high rising threes, mid-range pull-ups, and explosive dunks.

Abdul-Malik Abu, Kimall Union (NH) – He looks like he’s grown another inch or so since the fall and is definitely playing with more explosiveness than ever before inside the paint.  Stock is on the rise.

Josh Smiley, Pomfret Academy (CT) – First look at this young forward left us eager to see more as he showed a strong body, the ability to get above the rim, and a nice soft touch.

Jonathan Joseph, Putnam Science (CT) – His eyes never drop, even against pressure, and his individual offense is starting to catch up with his ability to take care of the ball and create for his teammates.

Curtis Cobb, Durfee (MA) – He’s got an instinctive star quality that allows him to raise the level of his game when it matters the most and he did just that, single handedly sparking a 7-0 run for BABC.

Tyler Nelson, Central Catholic (MA) – His ability to make shots is undoubted, but he also has a long first-step, good court vision, and efficient floor game for BABC.

Marcel Pettway, Wilbraham & Monson (MA) – He’s physically unmatched in the freshman division and a model of efficiency as opposing players literally bounce off trying to prevent his lay-up drill.

Terrence Mann, Hillside (MA) – He’s long, athletic, and screaming of upside.  He thrives in the open floor, has instinctive feel for the game, and a knack for finishing in a variety of ways.

Bruce Brown, Wakefield (MA) – His physical tools set him apart at first glance as he already plays well above the rim, but his intangibles and defensive instincts are also off the charts.

Brendan Hill, Mansfield (MA) – First look at Mansfield big man showed a youngster who already is skilled and intelligent on the interior, capable of scoring himself or facilitating with his passing ability.