Algeri Comes off the Board 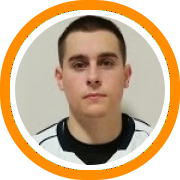 Algeri is a three year starter at Reading and the team’s captain. He has made 78 career three-pointers during his first two seasons and is on pace to break a school record for three-pointers made.

A longtime product of the Mass Elite AAU organization, Algeri initially joined the program as a 7th grader back in 2010.

“Mike is the kind of kid that you root for,” Mass Elite head coach and program director Eric Polli told NERR. “He helps a club not only with his abilities on the court, but he's just a likable person that is a pleasure to be around.”

This past spring and summer, Algeri’s final AAU season was nothing but a big success. He broke a program record by knocking down an incredible 13 three-pointers during a single game in the spring and had a particularly strong performance at the Northeast Hoops Festival – drawing increased attention from Wheaton head coach Brian Walmsley as well as several other division III programs.

“I’ve watched Mike grow up since he was in the 7th grade,” Polli said, “so obviously this commitment is very satisfying. I’m so proud of this kid and all that he has accomplished over the past 6 years."

Below are some of Algeri's highlights from the last year: