Academics Lead the Next Round of Fall Commitments 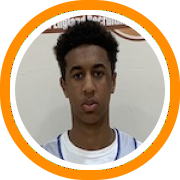 This is an article catching you up on some of the recent small college commitments throughout the region.

Jon Medley will be attending Tufts next fall. The guard began his high school career at St. Francis Prep (NY) before transferring to Wilbraham & Monson and reclassifying into 2023. Medley can hit open spot-up three-pointers, finish crafty layups using either hand, and has the quickness/IQ to impact a game defensively. He played AAU basketball with Rising Stars.

Ryan MacLellan made the decision to play his college basketball at WPI. He had a standout 2021-22 season at Andover, earning Co-MVP of the Merrimack Valley Conference and helping his team make the MIAA D1 State Semifinals. MacLellan is a skilled guard with three-point shooting versatility and feel making plays for others. He played this past spring/summer for Middlesex Magic’s HGSL team.

Matt Devine’s next stop will be in the NESCAC at Williams. He started his high school career at Minnechaug Regional, scoring 630 points while hitting 94 three-pointers over three seasons. His scoring translated right into his first year at Berkshire Academy, averaging 16 points per game. Devine is a wing with deep range as a pull-up/spot-up shooter and craftiness/explosion to finish around the rim. He also played on the UA Rise circuit for Team Fredette.

Jai White will be taking his game to Ave Maria. His high school career began at Hanover in New Hampshire, averaging 12 points per game while being a regular starter in the 2019-20 season. After that year White made a decision to transfer to Kimball Union Academy and reclassify into 2023. He was part of a team that won 16 games this past year. The big man is a much improved post player with range to the three-point line, tools to be a good defensive player, and could blossom when gets into a college weight room. White played AAU this past spring/summer for Gateway Basketball.

JT Veiking will be teammates with MacLellan next season at WPI. The Mansfield HS big man was a key contributor on a Hornets team that was 19-4 including 14-2 in league play. He can hit spot-up treys, has good mobility as a rim-runner/cutter, and soft hands to pull down defensive rebounds. Veiking competed on the club circuit for Mass Premier.

Marc Garraud is another player in this article playing their college basketball in the NESCAC. He committed to Amherst. Garraud impressed in his junior season at Noble and Greenough School, averaging 18 points, 6 rebounds, and 4 assists per game while also earning First Team All-ISL honors. He is a lead guard who excels at hitting three-pointers off the dribble and uses his burst to create open shots for others. Garraud was a member of Middlesex Magic’s Under Armour Association team in the spring/summer months.

Jonathan Sigurdsson decided to play in the UAA for NYU. He was on a Brunswick School team this past year that made it to the Fairchester Athletic Association Championship Game. Sigurdsson also earned a spot on the Maccabi USA 18U team that won a gold medal in Israel this past summer. He is a big man with good hands/bounce for play-finishing, timing/anticipation as a rim protector, while also showing glimpses of attacking off the dribble in straight lines. Sigurdsson competed in the Under Armour Association with Riverside Hawks.

Jose Padilla will be playing in the Liberty League for Ithaca. He had an impressive 2021-22 high school season. Padilla earned First Team All Bay State Conference honors while helping Newton North make it all the way to the MIAA D1 State Finals. The guard can hit pull-up/spot-up treys, create for others in the half-court/transition, while also being a solid team defender. He played his AAU basketball with Middlesex Magic on the ZGXL circuit.

Stay tuned for more of these articles in the future as prospects around the region make their college decisions.