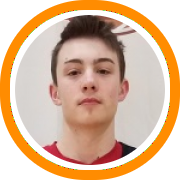 The third annual Elite 75 Academic Experience showcased top academic talent from New England and beyond to a variety of academic college coaches who were both working on the showcase staff as well as on hand to evaluate.
Here’s a look at some of the top backcourt prospects from Sunday’s action:

Shamir Johnson, 6’2, Taft, 2018 – The Taft product was one of Sunday’s best offensive players. He’s known as a shooter and he backed that reputation up by making a number of tough threes. He showed increased versatility though as he’s gotten strong and more dangerous off the bounce. He played above the rim at times and handed out a number of nice shovel passes to create for his teammates as well.

Noah Kamba, 6’0, Dexter School, 2019 – Kamba’s quickness and burst is undeniable, but on Sunday he looked like a true floor general as well. His pick and roll reads were nearly perfect and his handles tight. Combine all of that with a jumper that continues to show growth and now looks much smoother, and he has lethal playmaking tools.

Nate Hobbs, 6’2, St. John’s Prep, 2018 – Hobbs has been a standout at previous Academic Experiences and continued his stellar play Sunday. Hobbs is an optimal athlete, flying high above the rim for dunks and floating in the air on drives. As his skill set continues to improve this spring, you can expect his recruitment to soar, much as he does.

Sebastijan Skoko, 6’2, Vermont Academy, 2018 – The lead guard can do a little bit of everything. He did a nice job of distributing the ball but was also getting to the paint at will with his quickness showing nice touch as a lay-up maker around the rim. Physically, he boasted a frame that looked especially chiseled.

Jordan Mason, 6’4, Dexter School, 2019 – The rising junior is known for marksmen type aim from deep but he showed off new dimensions to his game on Sunday. His ball-handling skills and ability to use ball-screens have evolved dramatically in the last year and made him a much more versatile player in the process.

Jayden Depina, 5’10, Beaver Country Day, 2018 – He’s another guy who is known as a shooter but utilized this setting to show off his improved versatility. He has wide shoulders and a strong body that he makes good use of. His ball-handling and court vision have also both improved to help him become a true combo-guard.

Nick Casiano, 6’3, Kingswood-Oxford, 2018 – Casiano is a bucket-getter. He can score from all three ranges, has a knack for making tough floaters, and is playing with much improved pace. What impressed most throughout the day though, was his intensity on the defensive end. He had active hands, hawked the ball, and got numerous steals.

Andrew Geshickter, 6’0, Brookline, 2018 – The brother of two college athletes (including Bentley’s Sam Geschickter), Andrew has grown three inches in the past year and is blossoming into a promising young player. He can knock down the open three with consistency and also put the ball to the floor and go. Defensively he is glued to his man and can be a pain for opposing offensives.

Brad Landry, 6’2, Choate Rosemary Hall, 2018 – He’s the type of guy who catches your eye early because he goes hard on every single rep. Once game play started he impressed with his skill set as he knocked down shots off both the catch and the dribble with three and mid-range pull-ups alike.

Edwin Ezedonmwen, 6’2, Hyde School (ME), 2018 – Wiry and athletic with a floor game that has improved dramatically since September, Ezedonmwen now sees the court well, makes good reads with the ball, and is consequently transitioning from a wing into a true guard. He can score in all three ranges and is a threat to opposing defenses whenever the ball is in his hands.

Travis Evee, 5’11, Boston College HS, 2018 – The BC High guard is growing, both literally and figuratively. He’s sprouted up at least four inches since his arrival in high school and showed off an expanding offensive game with unselfish play and improved handles. He keeps the ball on a string and is a defensive nightmare for opposing guards.

Marc Dolgin, 6'0, Milton Academy, 2019 - Always one of the toughest players and fiercest competitors in any field, Dolgin goes all out on every possession and absolutely maximizes his tools. He's aggressive off the bounce but learning the nuances of running the point and is a master of intangibles.

Jahkai Pettway, 6’3, Hamden Hall, 2020 – We first saw Pettway at last year's Academic Experience. Since then, he’s grown a couple of inches and improved his physical build markedly. Now, he’s a bigger guard who is both strong and athletic with great vision. He showed drive and kick tools and a pull-up game to match and will only continue to emerge as he learns to utilize his full strength and skill.

Shaolong Wang, 6’4, Spire Institute (OH), 2017 – An unsigned senior originally from China but currently enrolled at Spire Intitute in Ohio, Wang showed a lot of tools to coaches still looking to complete their 2017 recruiting class. He has great size on the perimeter, drove the ball well, had a nice shooting touch, and even provided a valuable perimeter rebounder.

Jeroen Frank Kales, 6’5, Lee Academy, 2017 – An athletic slasher, Frank Kales has the ability to not only compete with bigger players on the boards, but also use his frame to get to the basket on the drive even through traffic. Multiple coaches commented on his workhorse mentality and he would be a steal for many high academic programs this late in the process.

Tayjaun McKenzie, 6'3, Winthrop, 2018 – An athletic and strong guard who put up huge numbers during the high school season, McKenzie caught the eye of coaches on Sunday with his versatility on the perimeter. He scored the ball from all three ranges, made precision passes in traffic, got after it on the defensive end, and forced numerous turnovers.

Meikyle Murray, 6’0, Amherst Regional, 2018 – Fresh off his strong performance in the Western Mass D1 tournament, Murray showed glimpses of what is to come with a tight handle, and the ability to use his speed to maneuver his way to the rack. Adding to the intrigue is his length, which coupled with his athleticism, could help him take his game to the next level.

Jordan Williams, 6’1, Avon, 2018 – A quick guard, Williams displayed the ability to not only knock down the long three ball but also to read developing plays. Multiple times Williams was able to use his speed to get into the lane then kick the ball out to the perimeter.

Casey McLaren, 6’4, Newburyport, 2019 – McLaren put up big numbers in his sophomore campaign and began to make a name for himself beyond his local region on Sunday. He has a good build and strong body to go along with a high I.Q. and the ability to make shots from the perimeter.

Solomon Neuhaus, 6'2, Williston Northampton School, 2019 – There are a lot of positive attributes to be intrigued by here as Neuhaus is long, made some heady plays, ran the floor, and spotted up well in transition. As he fills out in the next few years this is a name you could hear discussed frequently by academic basketball programs.

Jackson Benigni, 6'0, Xavier, 2019 - The sophomore point guard started to make a name for himself this year in the CIAC and showed the grit and hard-working approach to the game that have quickly become his calling card at the Elite 75. He made shots, handled effectively, competed at all times, and more than held his own against more experienced competition.

Khaylen Mahdi, 5’7, MacDuffie, 2018 – A smaller guard, Mahdi is a natural scorer who is quick and keeps the ball on a string. He can pull up and drain the three or take it to the rack against bigger opponents. He will be fun to watch at MacDuffie next year in Class AA.

Joe Collins, 6’5, Groton School, 2018 – He’s a well-built forward who has a strong body and a high motor. He’s a wing right now but has the physical tools to defend bigger players. He slashes effectively, competes hard on the boards, can score at the rim, and make jumpers out to the mid-range area.

Matt Constant, 5’11, St. Joseph, 2021 – Although he was the youngest participant in the field, Constant was one of the top floor generals at the Elite 75. A high level playmaker who can create for his teammates and himself. Constant is reportedly headed to the NEPSAC next year and expect him to make an immediate impact with his high IQ and skill set.