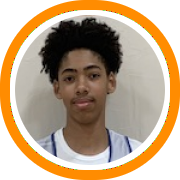 Tilton is ready to defend their championship. MacDuffie could be the favorite. St. Andrew’s has a true star in the backcourt. Gould may have the league’s top inside-out tandem. Vermont is just as talented as anyone. Cushing has arguably the best young talent in the class. Worcester is as deep and experienced as anyone.

The program that no one seems to be talking about in AA is Wilbraham & Monson Academy where head coach Mike Mannix may have one of his better rosters in recent seasons.

Harvard bound guard Idan Tretout is now in his third season with the program and has made tremendous strides during his tenure. He arrived as more of a wing than a true guard but has gotten himself into the best shape of his career, developed his ball skills, established his jumper as a true weapon, and proven himself at the highest levels of national competition, resulting in offers as high as the AAC before committing to Harvard. Now, his final task is to lead this WMA squad to a post-season run.

Tretout will have plenty of help including his backcourt running mate Dan Klosk, who is one of the very best pure shooters in all of New England and bound for a big senior season in his own right. Fellow senior guard John Packard provides another weapon from behind the arc who has developed his versatility and gotten himself into the best shape of his career as well.

Up front, the return of senior big man Pierry Joseph provides the Titans with the type of physical presence that is almost unmatched in Class AA but junior John Adams may be the most reliable guy on a nightly basis as he’s as efficient and productive as they come. Senior forward Antal Lee adds even more experience and an ability to plug multiple holes. Liam Murphy is a junior forward who can stretch the floor and yet another guy who appears to be in terrific shape heading into the season.

Saxon Thompson is a post-graduate guard who is solid across the board and should attract scholarship interest this year. He’ll join Tretout and Klosk in the backcourt to create an experienced and talented trio. Fellow post-graduate, David Fischer, will add some shot-making on the wing while junior Khalil Kamatra could also contend for minutes at that spot.

Sophomore Kai Robinson and freshman Deven Austin are the program’s backcourt of the future, but before they officially take the reigns, they’ll have the luxury of learning under this year’s experienced seniors. Robinson is in his first year stateside from the Grand Cayman Islands and he’s a playmaking guard with versatile tools, a distinct flair to his game, and a chip on his shoulder. Austin is a very young freshmen who hasn’t even begun to grow into his body yet, but he’s highly skilled with a good feel for the game and will undoubtedly be a player once his body catches up.

When you return the vast majority of your rotation, including multiple starters who are now in their third year with the program, that’s a great indicator of future success. Beyond their experience, this is also a deep team, who has balance in both the frontcourt and the backcourt.

Another clear theme in the Wilbraham & Monson gym was the team’s collective fitness level. Down to a man, this is a group that has gotten both stronger and leaner in the last year. Whether or not that translates into more wins this season remains to be seen, but there’s no doubt it will benefit each individual.

Nobody seems to be talking about them…but that’s ok with them as they have the experience, balance, chemistry, and confidence to sneak up on anyone who makes the mistake of sleeping on them.