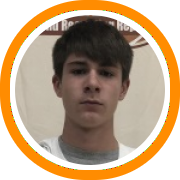 The story at Bridgton Academy has been the same for the last several years. The former NEPSAC powerhouse, which won the league’s top championship four times in five years from 2005-2009, lost the financial aid dollars to compete at a championship level around the turn of the decade.

Since then head coach Whit Lesure has been fighting an uphill battle every year, through no fault of his own, but not lost an ounce of his energy or commitment. Like many coaching greats, Lesure has tied himself to his institution’s success, not to be measured by wins and losses anymore, but by its ability to continue to serve its mission and help young people in an increasingly competitive and evolving athletic and academic landscape.

The reality of this season is that the Wolverines probably have less sheer fire power than any other school in the AAA division. Having said that, Lesure likes this year’s group and thinks they’re closer to making some waves then they may have been in recent years.

One reason for Lesure’s optimism is the return of Ryan Salzberg. At a historically post-graduate only school, continuity was almost unheard of, so Salzberg marks the beginning of a potentially new trend where students enroll as true seniors and then stay for a subsequent post-graduate year. If his progress over the course of the last fourteen months is any indication, it’s a model worth duplicating. A big southpaw guard who is crafty and savvy, he’s needed that time to develop his body and adjust to this level of competition but has made himself into a scholarship level player in the process and is now taking on a leadership role on this team.

The most notable new name to know is that of Kelton Samore, a relatively skilled 6-foot-9 big man from Oregon who is the most naturally talented prospect on the roster but here to continue to develop his body for the rigors of the division I level. Tom Dumont, a big 6-foot-6 wing from France, is another very intriguing long-term prospect with a high upside but still a way to go before realizing his potential.

One player who has exceeded expectations since his arrival is Kani Glover. The Catholic Memorial alum had a very successful high school career and is getting rave reviews for his work ethic here while developing into more of a true guard, where his size, length, elastic body type, and defensive prowess will be all the more valuable. Kyler Bosse, another local New England product, has been another pleasant surprise as a well-built southpaw wing with solid athleticism and a capable shooting stroke. Bryant Jefferson, a 6-foot-5 combo-forward from California, is another player who will be relied on to play important minutes for this year’s team.

There aren’t any underclassmen here per se, but there are now a few true seniors who could mimic Salzberg’s path from a year ago. Liam O’Connell is another New Hampshire native who appears to definitely be on the two-year track. A shot-maker with good perimeter size at 6-foot-4, he also comes from good stock as both of his parents played at UNH. 6-foot-8 big man Roy van Tettering is also set for 2020 and the big man from the Netherlands has plenty of tools to develop and has already made clear strides. Jack Hallee, a 6-foot-2 guard from Illinois, is a young, scrappy senior who could also opt to return for his post-graduate season as well.

Salzberg’s return and Glover’s arrival give Lesure more defined leadership than he has had in years. Salzberg doesn’t just have the experience necessary to lead by example but he has the mentality and work-ethic. Glover is cut from a similar cloth and that duo, who also appears poised to be the team’s starting back-court, has set the standard on a daily basis.

While they are collectively reliable on a daily basis, the team’s overall success will likely depend on their ability to pull others along. Samore is the most talented player on the roster and came with a reputation for being a worker, if he can match the intensity and habits of his new guards then both his team and his personal recruitment will be better off for it. Dumont’s development, specially with the adjustment to the American game, will be another key. If he’s able to emerge into an important piece, it will go a long way for this club.

While their overall depth isn’t as high as other AAA clubs in terms of sheer bodies, the collective character of this team seems high and so they’re not going to need to rely on daily competition for minutes to light their individual fires. Instead, they can rally around the fact that they all have something to prove, both individually and collectively.

It’s no secret that players get better at Bridgton. It’s happened for decades whether those players end up at high-major BCS level schools or small colleges. This is a team that’s here for that very reason. Everyone on the roster is capable of their game, and consequently their recruitment, to a new level in the coming year and, so far, they appear to be approaching that process in just the right manner.

Which is why Coach Lesure is optimistic about what the year may have in store.