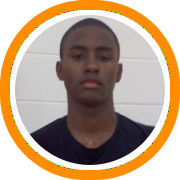 First year St. John’s head coach Steve Lavin has built one of the nation’s top recruiting classes and South Kent’s six-foot-six swingman Maurice Harkless is as important a piece as any.  The New York native returns home with a tremendously high ceiling thanks to his size, smooth floor game, and explosive athleticism.  With the tools to take his game to higher levels, it will be fun to watch Harkless progress in the coming years.

Hotchkiss guard Derrick Wilson is the state’s second ranked player.  He completed his storied high school career by being named All-New England First team in class AA of the NEPSAC and third overall in player of the year voting.  He is one of two New England prep products headed to Marquette to play for head coach Buzz Williams where he hopes to make an immediate contribution thanks to his battle tested resume, college ready body, and competitive nature.

Nemanja Djurisic and Damion Lee, ranked third and fourth respectively, are two players who sent their stock rising throughout the season.  Djurisic is a skilled six-foot-eight big man who chose Georgia among a handful of high-major suitors while Lee gave Drexel an absolute steal after carrying St. Thomas More to the National Prep Championship and being voted All-New England First Team in AAA.

We return to the South Kent School for the fifth and sixth ranked players in Derrick Randall and GeLawn Guyn who are both headed to the Big East next year.  Randall is a beast of a power forward who will offer a physical presence inside the paint for Rutgers head coach Mike Rice while Guyn is a tough and competitive lead guard who is headed to a Cincinnati program on the rise.

Seton Hall bound guard Freddie Wilson is also headed to the Big East as the Hillhouse product will play for Scott Willard at next year.  Wilson was head and shoulders above any other senior in the CIAC this year and finishes his high school career as one of the most decorated players to come through Hillhouse’s storied program in recent year.

St. Thomas More’s Adam Jones pledged to Fairfield before Ed Cooley left to take the Providence job and you can bet there are a host of other programs hoping he re-opens his recruitment as there are few players who can match his game with his back to the basket.

Brandon Sherrod took Gatorade Player of the Year honors last year at Stratford High School after leading his team to a pair of state championships.  The Yale bound forard won a third title this year at Choate with the class A championship and was named All-New England for his efforts.

Rounding out the top ten is Indiana Faithfull who ran the point for St. Thomas More this year as they captured their championship.  It was the second consecutive championship for Faithfull as he led his Cheverus squad to the Class A state championship in Maine last season.

To view the Connecticut 2011 rankings in their entirety click here.