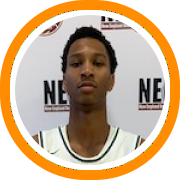 Brimmer & May and Mass Rivals 2021 forward Gianni Thompson announced his commitment to Boston College on Sunday.  His pledge means that he will be staying close to home, as Brimmer & May is located within a mile from BC's campus.  It also means he'll be reunited with a trio of former teammates as he is the fourth Rivals product to commit to the Eagles within the last 18 months following Makai Ashton-Langford (who transferred from Providence), DeMarr Langford, and… READ MORE >

A Long Talk on The Upside Podcast

Team Takeover is a Nike sponsored grassroots program in the DMV area.  Last week, they hosted just under 100 college coaches for a virtual seminar entitled A Long Talk with Team Takeover. The program lasted for three days and included three-hours of "pre-work" including two documentaries, and a series of articles.  It was a significant commitment for college coaches to undertake and a virtually unprecedented initiative - for a grassroots program to be educating college coaches.  But that's exactly what… READ MORE > 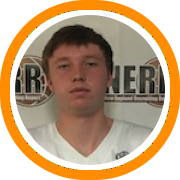 Gould Academy and NE6 big man Kai Kostmayer made a verbal commitment to Bryant on Friday.  Kostmayer played his high school basketball at Taft before heading to Gould for a post-graduate year.  He first made a name for himself in recruiting circles last spring when he debuted with NE6 and immediately impressed with his combination of size, skill, and athleticism.  He went on to see recruitment from various levels of division I basketball over the course of the last fifteen… READ MORE > 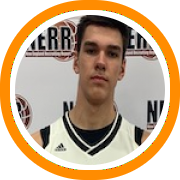 What had been rumored for months became official earlier this week when Putnam Science Academy big man Vlad Goldin signed with Texas Tech.  The seven-footer arrived from Russia last fall and showed flashes of brilliance during the course of the season.  He ended up playing a key role for a Putnam Science team that went on to capture a share of the National Prep Championship.  Goldin is the 11th member of PSA's 2020 class to earn a full athletic scholarship. … READ MORE > 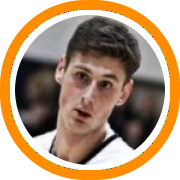 Tom Vassil's high school career at Whitman-Hanson wrapped up with an MIAA state championship this year as WH took the D2 title.  While Vassil's stats, may have been modest this year, his impact was not, as his size was a constant game changer on both ends of the floor.  While he's made consistent and obvious strides over the years, Vassil is still new to the game and just beginning to scratch the surface of his potential. He's also under-recruited, with… READ MORE > 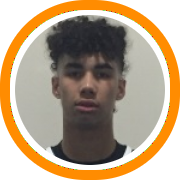 Brooks School and Mass Rivals rising senior guard Tyler Whitney-Sidney announced a verbal commitment to Lehigh University on Wednesday.  The pledge was a significant one for the Mountain Hawks as Whitney-Sidney has been widely recruited over the years with offers coming from as high as the Big East and ACC.  He announced his decision via his social media accounts.  C O M M I T T E D❗️ pic.twitter.com/VBX2bFfYHY — 22 ⚡️ (@twhitneysidney) July 9, 2020 Brooks head coach John… READ MORE > 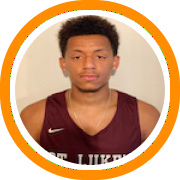 Every coach out there wants to advocate for their kids, but not every coach has the same credibility when they do it. Tony Newsom's is second to none. So when he says he believes Cole Bryant is a division I prospect, we pay attention, and college coaches should too.  He said the same thing about Jonas Harper a couple of years ago. Just one school listened and they won the Patriot League this spring with Harper playing a key role. … READ MORE > 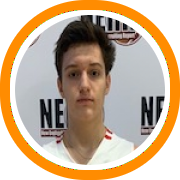 St. Paul's Cody Appleton just finished his second season in the NEPSAC after coming from his home state of South Carolina.  Appleton made a quick impression and has continued to improve at a rapid rate, not just establishing himself as a top-notch shooter but showing his overall skill-set and basketball I.Q. for a much-improved St. Paul's team.  On the recruiting trail, he has wide-ranging interest from a long line of division III schools and has also heard from Loyola Chicago at the… READ MORE > 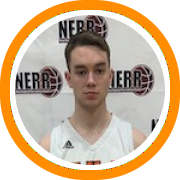 Matt Price's goal is to play division I basketball.  But let's face it...a lot of kids say that.  Price though, who just finished his first year at Kimball Union Academy in New Hampshire, has a chance to prove it though.  He exceeded all expectations in his first year in the prep ranks and in so doing has started to make a name for himself.  Prospect Profile Height: 6'1" Position: Point Guard School: Kimball Union Academy Travel: Middlesex Magic By the… READ MORE >

South Florida head coach Brian Gregory was the latest guest on The Upside Podcast with Adam Finkelstein.  In this episode, Gregory talks about the process of bringing his players back to campus amidst the coronavirus pandemic, their daily safety protocols, and the way in which his program is addressing issues of social justice and racial inequality, including taking part in peaceful protests together.  Gregory, who was previously the head coach at Dayton and Georgia Tech, reflects upon those previous stops,… READ MORE >