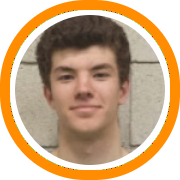 HANOVER, Mass. – In what has become an annual Father’s Day tradition, the 2014 Zero Gravity Finals were hosted for the second straight year at the University Sports Center.

With more than 450 teams competing across approximately 50 courts throughout Southeastern Massachusetts, the top rosters in the 10th and 11th grade groups congregated at the eight-court Hanover, Mass. complex to compete for supremacy: a chance to hoist a four-foot tall trophy and cut down the nets.

The 10th grade Division 1 bracket featured a matchup between two of the region’s perennially elite programs in BABC and Expressions Elite.

Behind a balanced team performance – highlighted by the contributions of Marcus Zegarowski, Kimani Lawrence and Jordan Scurry – Expressions captured a 56-40 win.

Zegarowski was pivotal in his squad’s semis victory over CT Select with 17 points, often creating off the dribble or spotting up from the outside.

But for most of the day the offense seemed to flow through Lawrence, who also played up with the 11th grade team. The rising sophomore from Cushing Academy, sporting his purple sneakers, appeared increasing aggressive attacking the basket with his dribble. The 6-foot-6 small forward repeatedly found his way into the lane and showed a willingness to throw himself into contact and draw fouls.

Scurry was a valuable perimeter shot maker, who moved well without the ball and consistently found his shots within the flow of the offense. The St. Mark’s School product appeared to be one of the tourney’s most efficient players given his limited turnovers and high shooting percentage.

In defeat, BABC received strong play from Terrell Brown. Even at 6-foot-8, there are few players in New England that possess such a soft and smooth outside shooting stroke. The rising junior from St. Andrew’s School connected from all over the court. His step back elbow jumpers and corner three-pointers were among his most lethal spots. And as his body has continued to add muscle, Brown has become more of a factor down low, including adding the beginning stages of a post game.

Metro Boston was also awarded a championship in the 10th grade division.  James Foye continued his breakout spring, showing his full offensive arsenal by putting the ball on the floor and scoring from the perimeter.  Meanwhile Keyshaun Jacobs did a terrific job at the point guard position, utilizing his strong body and quickness to make plays all while seeing the entire floor.  Jacobs shared the backcourt with New Mission guard Tyrique Lee, a solid defender who is making consistent strides on the offensive end.  Bridgewater-Raynham swingman Terrell Williams provided an athletic slasher on the wing as the Riders did without big man jack Stevens' presence inside.

The 10th grade Division 2 crown went to a South Shore Wolfpack Marre squad which defeated Team Blaze in the finals. Ryan Morrissey shot well from the perimeter in the finals, but it was an Aidan Sullivan buzzer-beating three-pointer in the semifinals, which eliminated the Bay State Flash, that proved to be the Wolpack’s biggest, and also the tourney’s most exciting, play.

Fru Che – BABC – The Somerville, Mass. product is always around the ball and has an uncanny knack for scoring the basketball.

Robert Durant – CT Select – Durant turned heads with a thunderous dunk in transition. It was a play that embodied his non-stop motor and north-south attacking style.

Oliver Levy Jr. – Team Blaze –The undersized point guard repeatedly pushed the pace and found his teammates in transition. When he wasn’t passing, the super-quick ball hander found his way into the lane for a series of acrobatic finishes.

William Mack III – Team Blaze – Whether he was crashing the boards or stepping outside to drain a shot, Mack showed a rare combination of soft hands and quick feet for a player of his size.

Trevon Maughn – DC Blue Devils NH – A true point guard who broke down his defender off the dribble, found his way into the lane and repeatedly passed to open teammates for uncontested shots

Tyreek Perkins – CT Select – The lefty guard with a deceptively long wingspan left a lasting impression with his tight handle and ability to change directions and speeds. His lefty teardrop was a shot he regular employed with high success.

Luke Rusinski – DC Blue Devils NH – The forward was a solid screen setter for teammates, but was at his best when teammates found him in the high post where he hit a couple of shots and made some nice interior passes.

Garrett Stephenson – BABC – A young big man who seems to understand how to play the game, Stephenson moved well without the ball and showed the ability to finish with both hands. While his post game is still developing, he tried a series of back-to-the-basket moves with some success.

Here are some notes on other prospects in the 9th and 10th grade divisions at this weekend's Zero Gravity Nationals:

Jared Chadwick, Silver City Sharks- undersized guard that isn't afraid to take it into the paint and can hit the 3, including the winner over Brockton.

Kyle Henry, Brockton Hawkeyes- an extreme competitor that can do it on both ends of the floor. Can hit the 3 but prefers to take it strong to the hole. Made the extra pass when needed too.

John Mendes, Brockton Hawkeyes-impressed by the way he runs the Hawkeyes with his high basketball IQ.

Trey Carrier, Mass Elite- lanky prospect that has a smooth shot and the capability to take it off the bounce.

Jake Smith, Baystate Magic-forward showed his complete skill set. Hitting the three, posting strong, good dribble moves that lead to drives to the rim and using his big body to protect the ball.

Dwayne Davila, New Haven Heat- could get into the lane at will and would distribute to his cutting teammate. His court vision in the open court was just as impressive, keeping his head up finding the open man for the easy bucket

Charles Sprowl III, Court Vision- was a lights out catch and shoot scorer, coming off screens and getting his feet set. Hit seven threes in one game. Has a quick release on his jumper and has vision and quickness to go along with his shooting ability

Tyshawn, Court Vision- this big guy has loads of potential, a good skill set with long arms, big hands, and good jumping ability. He will be someone to watch in the coming years.

Daniel Rymer, Greater Boston Lions- long athletic forward that can power through arms and finish strong or go over the top. High ceiling.