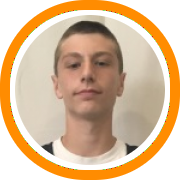 HANOVER, Mass. – Zero Gravity kicked off their fall season this weekend with a slew of teams advancing past pool play at the University Sports Complex. With some of New England’s most talented teams excited to begin their fall season, here’s who stood out in a deep field in the first edition of Zero Gravity’s #PathToTheBelt:

Cole Swider, BABC (St. Andrew’s) – Swider had a big weekend following his offer from Boston College, proving to be an unstoppable force in the 10th grade field while scoring around the rim all the way beyond the three point arc. He continues to improve by leaps and bounds on the offensive end.

Shandon Brown, BABC (Beaver Country Day) – The second of three BABC products to pick up an offer from BC this past weekend, the talented point guard was the maestro of the BABC offense, creating shots for others in transition and exhibiting strong on-ball defense.

Maurice Works, BABC (Lawrence Academy) – Works had a huge hand in BABC running away with the 10th grade trophy, proving his worth while being offered by BC this weekend with his two teammates. He is a powerful point guard and relentless rim attacker, with a strong handle to go along with it.

Matt Cross, BABC (Beverly) – Cross was perhaps the best player in the freshman field this weekend, leading BABC to the championship in the ninth grade tournament. At 6-foot-5, Cross’ athleticism and motor are tough to be matched, he’s a talented prospect who can score with ease from anywhere on the floor.

Terrell Williams, Boston Bobcats (Bridgweater-Raynham) – Williams’ playmaking ability was on full display for the Bobcats this weekend, hitting shots from behind the three-point arc and lighting up the gym with some high-rising dunks.

Jonathan Duvivier, South Shore Wolfpack (Brockton) – He proved to be one of the MIAA’s brightest-up-and-coming players this past year, and Duvivier continues to show why he’ll have Brockton back in the fold again this year.

Quest Harris, BABC (Lowell) – Even as a freshman Harris has cemented his name as one of New England’s most talented young prospects, giving an impressive defensive effort in the championship game as BABC wore down a scrappy Central Mass Swarm team.

Jamal Allen, Beantown Ballers (Lincoln-Sudbury) – Though the Ballers came up just short of South Shore Wolfpack in the final, Allen’s effort couldn’t have gone unnoticed. The senior played a major role in the offense, using his speed and proving to be nearly unstoppable around the basket.

Jay Christopher, South Shore Wolfpack (Plymouth North) – Christopher was one of the more impressive athletes at the Fall Tip-off, scoring both off the dribble and with his back to the basket in the post.

Ziv Baisden, Redemption Christian Academy – Another player who helped lead his team to a title this weekend, Baisden is a gifted scorer and a powerful finisher in the open floor. Few players showed better speed in the fast break this weekend than Baisden.

Nate Freeman, Basketball 2 the Limit (Beaver Country Day) – Freeman may have had the hottest hand in the gym on Sunday afternoon, torching teams from behind the three-point arc and using the added attention on him to create open looks for teammates.

Judson Martindale, BABC (Lincoln-Sudbury) – A wing player who scores from anywhere on the court, Martindale played a big role in BABC’s ninth grade title this weekend. He played the transition game well, filling passing lanes and scoring in bunches because of it.

Paul Durkee, BABC (Shrewsbury) – Durkee embraces his role off the ball in the BABC offense, constantly moving off screens and looking for the open shot.

Anthony Grzembski, Central Mass Swarm (Bartlett) – He had perhaps his best game of the weekend on Sunday morning against Mass Elite, where he finished with 20 points and hit several big three-pointers in the second half.

EJ Dambreville, Boston Bobcats (Bridgewater-Raynham) – The lefty teamed up with Williams to make quite a scoring duo, scoring in transition and assisting on the offensive glass.

Spencer Danforth, Mass Elite (St. John’s Prep) – A smooth guard with a polished offensive game, Danforth showed why he was considered to be one of the best outside shooters in the gym.

Rayshon Ward, South Shore Wolfpack (Plymouth North) – An above-the-rim athlete with a strong upper body, Ward and Christopher should be quite a dynamic duo to watch for at Plymouth North this season.

Griffin Perry, Boston Bobcats (Bridgewater-Raynham) – Perry showed off a versatile offensive game, hitting shots from behind the three-point line, from mid-range, and even a couple finishes above the rim.

Jason Delross, Synergy (Middletown) – A player who can be productive both in the post and as a wing player, Delross emerged as one of the most solid all-around players at the event.

Andrew Snoddy, Basketball 2 the Limit (Nashoba) – Snoddy can defend multiple positions because of his length at 6-foot-3, scoring off the dribble and giving B2L yet another go-to perimeter scorer.

Evan Cook, Mass Elite (Groton-Dunstable) – The freshman was a major playmaker this weekend and exhibited a solid all-around offensive game, making waves in the freshman field.

Doug Alves, Jr. Boston Bobcats (Bridgewater-Raynham) – The playmaking guard has a nice touch on his three-point shot, but he doesn’t settle as he also showed off his ability to get to the paint and create shots for teammates.

Jonathan Noel, Basketball 2 the Limit (Pope John) – Noel is a strong-bodied forward who is a relentless finisher around the basket and a productive rebounder.

Kyle Coughlin, Mass Elite (Beverly) – Coughlin had a hot day shooting on Sunday, scoring from all over the floor and displaying some defensive tenacity.

Jake McElroy, BABC (Brooks School) – The three-sport standout was one of several key cogs in BABC’s title-winning performance in the ninth-grade division. He’s tough to stop in the open floor and has the length and athleticism to guard several different positions.