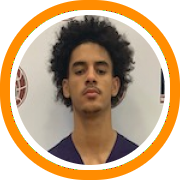 Zero Gravity hosted for than 200 teams for their annual Beast of the East tournament across southeastern Massachusetts.  Again, ZG proved to be the home of top-flight talent this weekend, as newcomers to the ZG Fall Circuit introduced themselves in a big way.

Evolution capped off an exciting weekend of basketball with the title in the National Division.  Despite a heavy barrage of 3-pointers to close the gap in the second half, Evo held off Hoop Star Basketball to claim the National Division championship.  Featuring several impressive prospects, United NJ rolled through their semifinal game and grinder out a victory in the American Division title game against a feisty Ring City Elite team that would not go quietly.

Holyoke Elite has been one of the surprises on the ZG Fall Circuit so far.  That momentum continued this weekend, as they took the crown in the 10th grade National Division.  Two Boston Bobcats split the title in the American Division, as they are a program on the rise and are getting better with each passing weekend.

Expressions swept the American and National Division championships in the 9th grade brackets.  Their 2021 team has several impressive prospects, and playing up benefited them this weekend as they gained valuable experience playing against older players.  Expressions Silva was equally as entertaining in taking the National Division.

The following players stood out this weekend:

Darius Ervin (NE Playaz, 2020)- Ervin is a blur with the basketball in his hands.  Once he gets rid of it, he makes quick face-cuts to get easy layups.  Like his older brother, he is good with the basketball and always in control of the offense, which is something that is not always easy for a young point guard with all that speed.

Rivaldo Soares (Expressions, 2019)- Playing up & coming off a very strong performance at the Elite 75 Frosh/Soph last month, Soares is a prospect who plays hard, is consistent, and has improved his game a lot from last year's high school season with O'Bryant.

Javon Taylor (Evolution, 2017)- Taylor parleyed his hot spring & summer into a solid outing this weekend.  He changes speeds so well and has a good hesitation move that makes him dangerous bringing the ball up on a fast break.

Terrence Clarke (Expressions, 2021)- Clarke is a big & long guard who has highlight-reel athleticism already.  At 6'5, he can guard whatever position his team needs him to, and can make shots from outside.

Chris Matthews (Hoop Star, 2018)- The Newton North junior lived at the FT line.  He has a very quick first step, and seemed to draw fouls on every possession.  He is one of the breakout stars from this weekend's ZG Beast of The East.

Ishmael Johnson (Evolution, 2018)- The forward carried his team in the semifinal game of the varsity division.  Along with getting his teammates involved, Johnson hit a few 3-pointers and used his length effectively inside to turn away opposing shots.

Chris Mann (United NJ, 2018)- Making the trip from New Jersey, Mann proved to be one of the better prospects in attendance.  Already hearing from scholarship-level schools, Mann has good bounce and can stretch the floor with his jumper.  He has good footwork, cuts well, and moves the ball to his open teammates.

Justin Fitzpatrick (Evolution, 2020)- Fitzpatrick is a long forward who has a lot of potential, especially once he fills out.  He crashed the glass hard this weekend, and can elevate over other players to sky for big rebounds.

Max Bonney-Liles (Team Saints, 2018)- The NH native shoots the ball from the 3-point line at a high rate.  He was consistent all weekend in his ability to drill shots from beyond the arc.

David Spiedel (Hoop Star, 2018)- The lefty can really shoot the ball.  He has the green light on offense, and was a focal point for what Hoop Star wanted to do this weekend.

Tommy Carver (Ring City Select, 2018)- Carver, a Ridgewood NJ product, doesn't pass the looks test.  But if you watch him play for two minutes, it is evident he has game.  Carver possesses a variety of finishing moves with both hands, excels in pick & roll situations, and has the knowledge of where every single one of his teammates is on the floor at all times, a trait that a point guard must have.

Jake Robel (United NJ, 2018)- Another United NJ product that impressed, Robel is tough inside and collects every rebound in his area.  He finishes through contact at an impressive rate, too.

Mike Tavilla (Evolution, 2019)- The Winchester HS product is a forward who can score inside and out.  He displayed a nice left-hand hook shot to go along with drilling shots from beyond the arc all weekend.

Alexis Reyes (Expressions, 2021)- Although just in 8th grade, Reyes showed he has the potential to be a very good player down the road.  He has a smooth shot from deep, and does not need much room to get his shot off.  He is one to watch in the coming years.