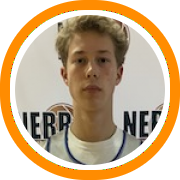 Zero Gravity Basketball has announced their all-tournament teams from last weekend's Battle for the Belt, the finale of their New England fall schedule.

All-tournament selections were determined by the Zero Gravity staff and consistent of players in all age brackets. To view the award winners in the youth divisions please visit the ZG website.

Josh Morissette (BABC) Morisette was huge for BABC in their Championship run. He highlighted his weekend in the semifinals draining 4 threes, grabbing 5 boards, and 5 steals, showing his ability to contribute in all aspects of the game.

Shy Odom (Boston Bobcats) The 8th Grader playing up once again proved why he is one of the top 2022 players in the country. He has improved his athleticism as well as his range from deep and he put that on full display at the Battle for the Belt.

Ben Kaczmarek (Boston Bobcats) was deadly from behind the arc. The 6’3 wing scored at will all weekend long.
Ryder Andersen (Expressions South) The 6’7 class of 2022 forward played up in the 9th grade division and proved his worth averaging 10 points and 12 rebounds over the weekend.

Terrence Clarke (Expressions) Clarke threw down some thunderous dunks that made everyone in the gym turn their hands. He continued to showcase his advanced skillset, especially off the dribble. At 6’5 he was running the show for Expressions most of the weekend proving he is one of the most desirable prospects in the country.

Camaron Tongue (Expressions) Tongue is a big body down low but impressed with his solid jumper for his size and age. He has good timing defensively which led to many steals and blocks. For his size and skill Cam was a tough matchup all weekend long.

George Ladd (MPC Blue Devils) George averaged 13ppg and dominated the middle on defense throughout the whole tournament. Scored 23 points in a pivotal semifinal game against the Spartans while grabbing 12 boards. His stellar defense continued in the Finals as his team held the opponents to just 18 points total.

Matt Mulvey (Middlesex Magic) was the motor behind Middlesex Magics Championship run as he came up with a huge game when it mattered most. Matt was able to score at an extremely high level and when teams were forced to help over on him, he punished them by finding his open teammates for easy buckets.

Will Dorion (Middlesex Magic) again put his shooting ability on full display. Dorion stepped up in a big way for the Magic on their way to a Championship belt. He knocked big shot after big shot when it was needed.

Trace Gotham (Middlesex Magic) the bouncy athlete was able to do it all for his team during their championship run. He used his athleticism and size to score in traffic, knock down open shots, rebound the ball and attack the rim.

Jack Poirier (Middlesex Magic) is extremely athletic with a deadly jumper. He was a tough matchup for opponents all weekend long.

Michael Levesque (RI Rivals, 2020) An under-the-radar talent who began to emerge, Levesque is very fast with the ability to stop on a dime and knock down mid-range jumpers all day long.

Justin ONeill (C4) Justin was on fire all weekend long averaging 20 PPG in all competitive contest against some of the best 10th grade teams in the circuit. Standing at 6'5 Justin was able to block shots and protect the rim as well as show off his range from long distance.

Jonathan Guerrier (Mass Rivals) The 6'1 8th grade PG showed why he's one of the top prospects in New England.  Guerrier's shiftiness and change of speeds were on full display as he competed both in the 10th and 11th grade division.  Guerrier is also an elite layup maker who uses his strong frame and long arms to finish nearly everything at the rim.

Cam Jones (C4) Cam was as good as any guard out on the court dominating the competition with his smooth handles, quick release jump shot, and floor command. A highly intelligent scorer that's able to consistently get to the basket or get his shot off.

Zach Scott (RI Warriors) undersized at 6’1, defends the opponents biggest guy.  In his teams first game, he attacked the rim well leading to easy finishes at the rim. He only missed 2 shots on his way to 22 points. His defense and rebounding helped open up close games.

Bobby Joy (Cape Cod Bulls) Put his team on his back this weekend in big wins against teams like MV Pride, Expressions, and EVO. He proved he was one of the most dominant scorers in the 10th Grade division putting up 30+ points in 4 out 5 games for the Cape Cod Bulls.

Jonathan Guerrier (Mass Rivals) a 6'1 8th grade PG showed why he's one of the top prospects in New England.  Guerrier's shiftiness and change of speeds were on full display as he competed both in the 10th and 11th grade division.  Guerrier is also an elite layup maker who uses his strong frame and long arms to finish nearly everything at the rim.

Gianni Thompson (Mass Rivals) The 6'6 Freshman was impressive this weekend playing in both the 10th and 11th grade divisions.  The long freshman has great touch from both inside and out.  That was on full display as he finished around the rim and all the way out to the three point line. Thompson also rebounded at a high level and most impressively, led transition, after gathering the boards.

Dallion Johnson (Mass Rivals) The 6'2 Sophomore combo guard is one of the best pure shooters in New England.  Johnson is a threat from well beyond the three-point line and has a much advanced midrange game. This weekend we saw Johnson knocking down threes, midrange jumpers, but also getting into the heart of the defense creating for himself and his teammates.

Chris Camille (Mass Rivals) The 6'4 junior guard is explosive as any perimeter player in New England.  Camille used his explosiveness and elite level finishing skills to make some of the highest level plays in the tournament.  We also watched Camille chase down and erase baskets various times. No question, one of the highest level athletes in the field.

John Gates (Rise Above Basketball) Gates shot the ball extremely well from beyond the arc all weekend. He scored 21 Pts against BABC in the semi-finals on 7 three pointers made.

Andrew Fraioli (NE BLIZZ) Andrew saved his best game for his last one against Expressions and was tremendous force inside manning the paint. His toughness and ability to rebound was huge and scoring in the paint helped pave the way for a Varsity National Championship

Matt Delahunt (NE Blizz) Matt hit a game winning 3 in his teams opening game and helped pave the way in the semi's and final's on Sunday. Matt's ability to score was showcased throughout the weekend and in the championship as he hit multiple big shots down the stretch. But most importantly, matt came up huge on the boards in the championship game.

Nick Fiorillo (Maine Renegades) proved all weekend that he can score with anyone after putting up 24 against BABC and 36 against Middlesex Magic in pool play.

Max Bonney-Liles (Team Saints) can play in a lot of different spots on the floor and put his shooting ability and athleticism on full display over the weekend. Max went off for 32 vs MPC, 32 vs WrightWay Skills, and 36 points vs Mass Select. He was a sniper from 3 point land but showed his versatility going to the rim as well.

Ghared Boyce (WrightWay Skills) can score from anywhere on the floor and that was on full display when Boyce put together a 40-point second half on Saturday night.

Matt Cross (BABC) While playing up with the Varsity team, Cross showed a lot of versatility between making jumpers, running the floor, driving within the offense, or playing with his back to the basket.

Paul Roche (Middlesex Magic) a tough player who can hit shots from deep. Roche doesn’t take plays off on either end of the floor.

Jack Rodgers (Mass Pemier) used his slashing ability to get to the hoop but was also able to make shots from distance. Rodgers is a hard-nosed player who can fit into any offense because he can score without dominating the ball.

Nate Hobbs (WrightWay Skills) is a big-time athlete and he showed that on Sunday with some monstrous dunks. He’s an all-around athlete that can defend guards or smaller forwards.

Brycen Goodine (BABC) Goodine showed a lot of explosion near the rim this weekend. He continues to prove that he’s a capable ball handler that can score the ball in a multitude of ways.

Tyler Kolek (Middlesex Magic) the lefty made big shots all weekend and showed he can pull up from anywhere. As a scorer he forces the defense to help over on him but Kolek knows where his teammates are on the floor and finds them for easy buckets.

John McCoy (Mass Premier) went to the rim very hard and finished well through contact. He’s a long forward that can slide into multiple positions on the floor and doesn’t need to dominate the ball in order to make an impact.

Kyle Henderson (Mass Select) came up big late in a few games for his team this weekend. Henderson is an aggressive but smart player who always seems to make the right play. He can get to the rim and score but is also able to knock down the outside jumper.