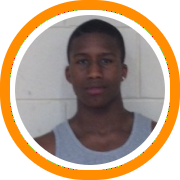 Kevin Zabo was one of the top freshmen in New England last year when he starred beside Alex Murphy, Kaleb Tarczewski, and Nikolas Stauskas at St. Mark’s.

Now, after spending his sophomore season at Montrose Christian School, Zabo will be returning to New England to take the reins of the program at Brewster Academy.

Zabo, ranked 37th overall in the national class of 2014, is one of the best point guards in the country and already recruited by a slew of high-major programs.

The Canadian native runs with CIA Bounce  on the AAU circuit and has a long history of success in both Canada and the United States.

Zabo is the latest in a long line of talented point guards to run the show at Brewster Academy, following in the footsteps of Semaj Christon (Xavier) Naadir Tharpe (Kansas), Mark Lyons (Xavier) and Anthony Crater (Ohio State).

An instinctive playmaker with natural presence and plenty of burst in his game, Zabo should be well equipped to step right in and run the show as Brewster looks to defend their 2012 National Prep Championship.

The story was first reported by ESPN.com.