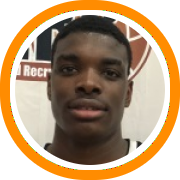 Putnam Science Academy post-graduate Alexis Yetna made a verbal commitment to South Florida after visiting their campus this weekend.

The 6-foot-8 big man and native of France picked up his first high-major offers last spring when he led the Adidas Gauntlet circuit in rebounding while running with Team Belief.

His recruitment went to a brand new level this season though after arriving at Putnam Science Academy in October and again demonstrating his special ability to rebound the basketball.

He added offers from the likes of Iowa State, DePaul, St. John's, Mississippi State, and N.C. State in recent months but new Bulls head coach Brian Gregory and his staff made him a priority from the moment they took the job at South Florida in March.

With an immediate opportunity to earn minutes in front of him, Yetna pulled the trigger from the American Athletic Conference school on Wednesday. He is the third PSA product to earn a full athletic scholarship in the class of 2017 but that number is bound to rise quickly as Isaac Kante, Malik Ondigo, and Jaheam Cornwall have all taken recent visits and yet to announce their final decisions.

Below are some of Yetna's senior highlights care of the Rivals network on YouTube.