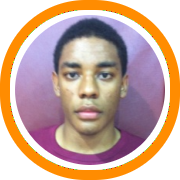 Cotton is a New York native who ran with the Westchester Hawks on this summer’s AAU circuit and while he was able to intrigue coaches from a variety of different levels, he had no division I scholarship offers in hand when he arrived at NMH last month.

“All we did was provide him the opportunity to play his natural position,” said NMH head coach John Carroll.  “He played the four all summer and once we moved him to the two, college coaches were able to see a six-foot-seven two-guard and what he could do, they jumped all over him.”

In just six weeks at NMH Cotton went from a player without a division I scholarship offer to a player with a high-major offer as Northwestern officially offered him a scholarship earlier this month.

“Northwestern offered, Princeton offered, teams from the Colonial and Atlantic 10 were jumping in,” Carroll said, “but the bottom line for Armani was that he couldn’t pass up the opportunity to get an education at an academic powerhouse like Yale and play for a basketball program that he believes has a chance to play in the NCAA tournament.”

When the New England Recruiting Report visited NMH in early September, it was obvious that Cotton was just starting to show his true value.  A long and athletic swingman who offers the versatility to play multiple positions, Cotton is terrific in transition, very effective driving to the basket, and much more skilled on the perimeter than he is given credit for.

Beyond all of that his greatest asset is his ability on the defensive end of the floor as his length and lateral quickness makes him truly an elite level defender.

Cotton visited Yale officially two weeks ago and was also present at the Bulldog’s Elite Camp in June.

“He went to the Elite Camp and got to know the guys,” Carroll said, “and with the strength of last year’s recruiting class and the class they’re putting together this year, Armani definitely sees the potential to bring them back to the NCAA tournament.”

Cotton is the fourth player to commit to Yale in the class of 2011 joining Javier Duren, an athletic 6’4” combo-guard from Missouri, 6’11” center Will Childs-Klein from Missouri, and 6’6” power forward Matt Townsend, who also ran with the Westchester Hawks this summer.

For NMH this is their 10th player to commit to an Ivy League school in the last four years.