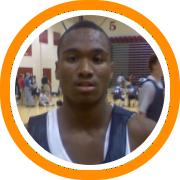 Steve Wynn will be transferring out of New Bedford High School at the end of the academic year and enrolling at Lawrence Academy in the fall according to his father.

Wynn comes from a proud basketball family with deep roots in New Bedford.  His father, Steven, is the third leading scorer in New Bedford High School history while his mother, Kelli Rosario Wynn, is a Hall of Famer at Greater New Bedford Vocational Tech.

The youngest Wynn was well on his way to carving out his own legacy in New Bedford, already putting up big numbers during this past sophomore season, before making the decision to transfer.

At Lawrence Academy, Wynn will have the opportunity to step right in with the graduation of Shabazz Napier and Denzel Brito, as he will team with the likes of Marcus Grant, Clay Horne, and Dan Giovacchini to help LA defend their recent NEPSAC Class C crown.

Wynn is an explosive guard who is capable of making some big time plays off the dribble.  His jumper is much improved since earlier in his career, helping to make him a versatile scoring threat.  Equally capable of making plays defensively, he should walk right into the starting point guard spot at LA.

•  Mike Lombard is reportedly leaving Pelham High School and transferring to Proctor Academy.  Lombard is expected to repeat his junior year and play both football and basketball according to the Mass & NH High School Basketball Report.