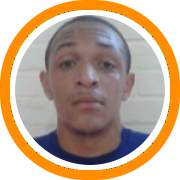 Newton had only been in the New England prep ranks for little over a month but had already made a strong impression with college coaches, drawing a strong amount of attention from low to mid-major division I programs.

The six-foot-six forward has a terrific basketball body with muscle mass and definition alike to match his very long arms. His skill set includes range to the three-point line but also a patented mid-range game with a soft shooting touch off the dribble.

Prior to arriving at Wilbraham and Monson, Newton previously starred at Harvard-Westlake in California. He also spent time with the Dream Vision AAU program where he played alongside the likes of Stephen Zimmerman in the summer of 2013.

Below are various highlight videos of Newton care of YouTube: