Williston Duo Comes off the Board 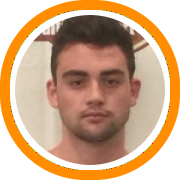 The Williston Northampton School has announced two commitments in as many days.

Thursday it was post-graduate center Josh Wolf who accepted a recruited walk-on spot at Lehigh. A 6-foot-10 big man from Illinois, Wolf is a terrific walk-on in the Patriot League with his size and interior tool set. He joins an already talented incoming frontline in the Mountain Hawks' recruiting class including Brewster Academy big man Jack Lieb and Pat Andree, a skilled 6-foot-7 forward from New Jersey.

On Friday, it was Jake Wisniewski who decided to end his recruitment and continue his playing career at local division III power WPI. Wisniewski is a Western Mass native with a winning pedigree. Two years ago he led Quaboag High School to the finals of the MIAA Division 4 state tournament and last year was an important part of the rotation for a Williston team that captured the NEPSAC Class A championship.

Wisniewski is an extremely heady player whose understanding of court spacing and ability to both pass the ball and make open threes will make him a seamless fit in offensive structure at the next level.

Wolf and Wisniewski are the first two Williston products to commit in the class of 2016 but they certainly won't be the last as the program includes 10 players who are either seniors or post-grads that project as future college players.