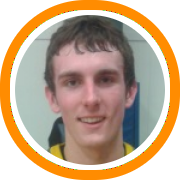 The 1st-ever New England Junior Elite 75 Showcase back in April of 2009 gathered together a deep-group of top middle school talent from throughout the region. Here's a look at the original impressions and current "whereabouts" of the 27 players listed in the Swingmen Recap.

The top two players of the day back in 2009 were a couple of junior elite studs in Timmance McKinney and Ramon Gibbons; each from Boston. "Both are blessed with tremendous strength and athleticism that simply puts them at another level when compared to kids in their own age bracket.  But beyond their physical assets, both players showed some of the tools necessary to become stars down the road."

Ramon Gibbons - First Impression in 2009: "The thing that stood out the most for Gibbons was his unselfishness.  He was perfectly capable of creating his own shot every time down the floor if he so desired, but he showed an understanding of how to share the ball, and in so doing, made those around him better.  He also showed signs of a solid skill set as he had no problem handling on the perimeter and in the open floor and finished inside not just with strength, but with good touch in both hands."

Timmance McKinney Played the first six games of the season for Lake Region State College in North Dakota before leaving the squad.were men among boys on Saturday afternoon. First Impression in 2009: "Meanwhile McKinney stole the show at times on Saturday with his tremendous athleticism; delighting the crowd on more than one occasion with his numerous dunks during games and simply has the athleticism to play above the rim like few others can."

Idris Taqqee – Currently a 6'4" sophomore guard at St. Bonaventure after a ultra-solid prep career at Cushing Academy and a summer circuit tenure with Expressions Elite via the Mass Rivals. First Impression in 2009: "He reminded many of the coaches in the gym of a young Kyle Casey with his size on the perimeter, great length, grace under pressure, and ability to make shots.  He also impressed with a couple of nice passes."

Tommy Mobley – Had a storybook scholastic career at Newton North HS and also thrived on the summer-circuit with BABC. Mobley is now a post-grad at Philips Exeter committed to Amherst College. First Impression in 2009: "Has a terrific understanding of the game that shows by the way he moves off the ball and scores off various cuts."

Ben Engvall –The Barrington (RI) Native and graduate of Choate Rosemary Hall is currently a 6'5" sophomore guard averaging 7.6 point/game for the Tufts Jumbos. First Impression in 2009: "He has two things going for him that really can’t be taught; he’s got very long harms and a great work ethic. Consequently we believe him to have a very bright future."

Riyadh Asad – The West Springfield HS grad is currently a 6'4" sophmore forward at Miles Community College (JUCO) in Montana. First Impression in 2009: "The 8th grader from West Springfield still has some work to do but he shows a lot of potential for the future. Right now he does his best work slashing to the bucket and utilizing his athleticism, but down the road he’s got the handle and floor vision to develop into a big point guard."

Nick Simonetti – One of six players in history to score 1,000+ points at Dartmouth HS. First Impression in 2009: "Lots of guys are able to score around the rim given enough time and space but Simonetti is the rare player who has a knack for scoring against bigger players."

Justin Mount – Had a strong three-sport career at Westford Academy (football, hoops, lax) and is now a tight-end at Merrimack. First Impression in 2009: "He runs the court diligently at every available opportunity and is also a good shooter, particularly when pulling up off the dribble."

Christian LaRoche – Had success as a shooter for St. Bernard's High School out in Central Mass. First Impression in 2009: "The 7th grader from Gardner Middle School has a good sense for how to get into the lane whether by attacking a close-out or utilizing a quick first step."

Kameron Nobles – First Impression in 2009: "He stood out during the games because of his strong slashing ability going to the rim, not to mention his ability to finish plays on the move."

Gregory Sykes – He does all the “little things” that make such a big difference.  He’s super scrappy, plays great defense, and is also a good passer.

Andre Chappuis – First Impression in 2009: "A wing player who combines nice size with a well developed skill set, Chappuis showed a well-rounded and versatile game. He is also incredibly smooth on the offensive end for such a young player."

Ian Marx – First Impression in 2009: "A fundamental base is the key for any young player and Marx certainly has that as he’s very sound offensively with a nice release to his shot."

Kyle Rodriguez – He was able to score the ball both inside and out showing a nice stroke from the perimeter and also finding ways to convert inside.

Trevon Jones – First Impression in 2009: "Only a 7th grader, Jones is the rare youngster who already possesses the maturity to play multiple positions. He can serve as a scorer on the wing and even has the skills and feel for the game to play the point as well."

Zavia Williams – First Impression in 2009: "A super savvy swingman who scores in different ways in the lane including with his running hook shot ala current New York Knick Jared Jeffries."

Timothy Meares – First Impression in 2009: "Coaches at every level value toughness and competitiveness and this guy certainly has it as he showed by playing through a dislocated shoulder. He’s normally a big time shot maker as well."

Michael Lambert – First Impression in 2009: "He has a quick first step and is capable of both finishing at the rim against contact and passing effectively off the dribble."

Amari Brown – First Impression in 2009: "A strong guard who goes hard to the rim, Brown is extremely difficult to stop once he gets a head of steam."

Jordan Ambroise – First Impression in 2009: "He did a little bit of everything: scoring in some different ways; showing a solid handle; and playing some good defense."