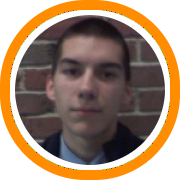 With Jason Morris, Derrick Wilson, Kellen Jones, Alex Miller, and Monty Brown their starting five should be virtually unmatched in the league.  And with Jones being the only senior of the group and Miller and Wilson being only sophomores they’re likely to be one of the top programs for years to come.

Before even coaching his first official game, the Chris Sparks era at Wilbraham and Monson already features two division I players in Kostadin Marshavelski and Brent Abendroth.  Add in a talented supporting cast and Wilbraham has the coaching and talent to compete with anyone.

Newcomers Tucker Esborn and Matt Stone combine with returner Tim Breckbueller to give Avon one of the best frontlines in the league.  If Tim Roller’s team can get consistent guard play throughout the season they should have no problem advancing to, and doing some damage in, the post-season tournament.

Suffield should be one of the league’s strongest teams and certainly one of the most improved.  While players like Kyle Vigneault, Xavier Pollard, and Roshard Bryant return from last year’s team to form a solid nucleus, newcomers 6’4” Matt Edwards, 6’6” Pierce Edwards, and 6’8” Anthony Simmons join the mix to give Suffield a deep team with great size up front.

Jamual Bryant and Jarrid Bryant return to give Jeff Ruskin a tough 1-2 punch.  6’2” forward Forrest West is another starter who returns to the line-up this year after being sidelined with an injury last season.  Nick Friedman and Jason Pancoe headline the list of newcomers.

Always one of the league’s best teams Taft is disciplined and well coached year in and year out.  They have advanced to four straight class B tournaments, won two tri-state championships in the last four years, and finished last season with a mark of 17-5.  This year Bobby Manfreda and Dan Lima will lead the returners while Cliff Desravines is a post-graduate expected to make significant contributions.

Much like Taft, Loomis is well coached and a consistent staple of the class B tournament in years past.  The defending Founders League champions will rely on a potent inside-out duo as 6’9” Sean McCarthy anchors the interior while 5’7” L.J. Dimanche is explosive in the backcourt.

Craig Edmunds provides the interior presence at 6’6” while the team’s strength lies in their perimeter firepower with 5’10” Sasha Brown, 6’2” Sean Bertanza, and 6’0” Britton Purcelle all capable of putting points on the boards in a hurry.  T-P should be able to score with anyone this season.

Donald Okpalugo returns to give Deerfield first year head coach Dave Powers virtually unmatched size in the pivot spot.  The team will rely on good size and depth up front along with disciplined guard play in hopes of winning a good amount of games.

Colgate commit Patrick Liengueu leads the way for Choate along with junior point guard Luke Matarazzo, C.J. Ruskay, and Tom Piscina.  As in year’s past the Wild Boars will have to compensate for a lack of size in order to be competitive.

They may be a year or two away from contending but first year head coach Kevin Kehoe has the program moving in the right direction with the additions of freshman guard Xavier Rathan-Mayers and 6’7” sophomore Eric Katenda.