Wesleyan Gets a Steal 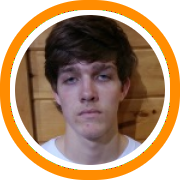 Bridgton Academy post-graduate guard Kevin OBrien is headed to Wesleyan University next year after being accepted via early decision.

O’Brien marks the second Wolverine product to commit to a NESCAC school in the last week following Phil Leotsakos’ pledge to Connecticut College.

O’Brien came to Bridgton by way of Arizona, but had plenty of preexisting New England ties from his father, who previously played at Boston College.

A big, six-foot-three guard with long arms and a frame that is still far from a finished product, O’Brien appeared to be one of the top prospects on Bridgton’s team this fall, but ended up missing the first few weeks of the regular season with injury.

He’s made a quick impact since his return – averaging 10 points, 5 rebounds and 5 assists per game along with close to 3 steals – and very clearly has his best basketball still in front of him.

Bridgton Academy head coach Whit Lesure had high praise for O’Brien, comparing him to a former NCAA champion at Marquette and longtime NBA coach currently with the Cleveland Cavs.

“He reminds me of my friend Jimmy Boylan as a tall, slender, savvy guard,” Bridgton head coach Whit Lesure said. “He may be less heralded now but is bound to make his mark on the game in due time and help Wesleyan Coach Joe Reilly immediately.”

O’Brien could be one of the biggest division III recruiting steal we’ve seen so far in the 2015 class. Aside from his size and still developing physical upside, he is also a high level driver and very good passer who has shown some potential to develop into a big point guard down the road.