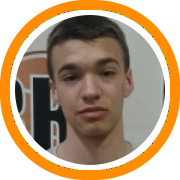 It was only five days ago that we published our last commitment catch-up and yet in the days since the decisions have continued to come in at a rapid rate.

Among the most notable within the last few days is that of Worcester Academy senior forward James Wells, who will head north to Canada to star at McGill University,

Ironically, Wells' decision will actually bring him closer to his home in Vermont than he has been in the last two years while starring for Worcester Academy. His high school career began at Rice Memorial High School in Burlington, where he was identified as one of the top prospects in the state of Vermont at a young age. He opted for a move to the prep ranks following his junior season and so he transferred to Worcester Academy, despite it being located almost four hours away.

McGill is located in Montreal, less than two hours north of Burlington, and is widely considered to be one of the premier academic institutions in all of Canada and also specifically known for their engineering program, which Wells plans to pursue.

The 6-foot-8 Wells, who ran with Metro Boston on last year's grassroots circuit, has made considerable strides in the last two years, not only adding more muscle and extending his skill set, but becoming a much more aggressive and confident player and earning a steady dose of scholarship level interest within the last few months as a result.

He joins Salisbury School guard Kendrick Jolin, a Canadian native, to become the second New England prep product to commit to McGill in the class of 2016.

In other recent commitment news: