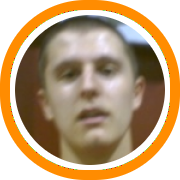 It will be a wild scene Wednesday night at the University of Vermont’s Patrick Gymnasium as the state Division I Final Four takes place.  At 7:00pm the #1 ranked and undefeated (22-0) Burlington High School will square off against #5 ranked Mt. Anthony Union who defeated Brattleboro to advance.  MAU is led by sophomore point guard Kyle Callanan as he has truly had a break out season.  Burlington had no problem in their quarterfinal game as they crushed St. Johnsburg 78-42 behind 19 points a piece from Joe O’Shea and Clancy Rugg.  Callanan n’company know they will need to play an almost flawless game to earn the victory as these two teams met up earlier in the year.  On that January night O’Shea set a school record by scoring 45 points to lead his team to the victory.

The 9:00 p.m. game will pit #2 ranked Rice High School versus #3 ranked Essex High School.  Rice surprised many with a hard fought 54-43 win over Champlain Valley Union in the quarters.  Junior point guard Jon Goldberg was tremendous with 17 points, 8 assists, and 9 boards.  His running mate, forward Nick Meunier was equally impressive as he scored 15 points, grabbed 10 rebounds, and blocked 9 shots.  Rusmir Dzanko, bound for Union College, carried Essex past North Country netting 23 points in an easy 77-50 win.  Coming up with a victory on Wednesday night will be a tall task for Rice as they go to the big stage starting 5 juniors against a well coached and veteran Essex five.

But regardless of who moves on to the finals and eventually wins the championship, fans of Vermont high school basketball have to be excited with the number of young stars that are emerging to lead their teams this deep into post season play.  With O’Shea and Callanan only being sophomores, and Rugg, Goldberg, and Meunier all being juniors it should be an exciting couple of years.  Add in junior Candon Rusin from Twin Valley High School, who is a division I prospect, and the future looks very bright for high school basketball in the state of Vermont.