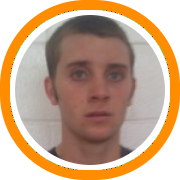 It has been a good summer for a number of Vermont players who have been out on the circuit trying to improve their standing with the college coaches and evaluators.  Joe OShea has played well for the Expressions Elite team and has people wondering if he may end up at a mid major level.  Clancy Rugg is with the Expressions as well, a young senior with length and upside, a year of prep could vault him to the next level. Kyle Callanan out of Mt. Anthony has done a great job at the point with the Albany City Rocks and is looking like a scholarship player.

Jon Goldberg and Nick Meunier of Lone Wolf have solidified their abilities to run a team and play the power forward spot, while Rutland 's Mark Comstock is a bouncy two guard who can make shots.

Coming out of nowhere has been Colchester High's Adam Gamelin, the 6’7” sinewy forward showed well at Hoop Mountain Super Week II, and suddenly has NESCAC and Little East schools interested.  Sringfield's Grant White, a 6’3” shooter emerged as well. At 6-4 John Donnelly out of CVU showed he could shoot the ball and with a solid handle, impressed coaches as a wing player at that session.

South Burlington's Eric Dubuque, a junior, has a sweet stroke that was noticed at Hoop Mountain Academic Week. While rising junior Adam Boyle of Brattleboro and sophomore Jake Donnelly of CVU continue to show much potential.

In Burlington summer leagues Connor Merrill of Vergennes continues to show why he is a sleeper. The 6-6 junior can go inside or out, he may be at the level of O'Shea and Rugg before he gets done, but being at a smaller school gets less notoriety.  While at the point, Burlington High's Shane Norris is Vermont's most underrated senior.  More will be revealed as the states best will gather at the first "Vermont Top Fifty" being held in Burlington, TBA this fall.