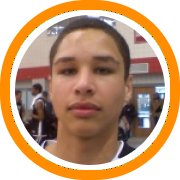 To no one's surprise Burlington High will be the heavy favorite to follow up on their undefeated championship season with another state title in 2008-09.  Even losing a game would be a surprise to many, as Joe OShea, who is drawing heavy interest from the Ivy's, America East, Patriot League and Atlantic Ten schools leads the way. With scholarship level player Clancy Rugg, and Shane Norris a future college point guard chiming in, this nucleus is the cog in the engine of a well run machine.

Rice will be chasing down the Seahorses with hopes of getting to their third consecutive State Championship game. Returning all five starters, outstanding point guard Jon Goldberg and power player Nick Meunier are the keys to upsetting Burlington on the right night.  Kyle Callanan at Mt. Anthony, runs the state’s third best club, while Mark Comstock a do it all guard out of Rutland High has the Raiders a notch above the field at number four.

Essex and South Burligton are both talented young teams who are probably a year away, but will be a tough out every night.  Demir Smajovic is a solid returning player for the Hornets.  Well rounded guards Tyler Kaczor and Eric Dubuqe will provide Mike Kennedys' South Burlington five with solid leadership.  Watch out for 6-8 frosh Eric Suder out of Mt. Mansfield, he could be the next heavily recruited Vermonter.

CVU will be only as good as the Donnelly brothers (Jake Donnelly and John Donnelly) are night in and night out, while Colchester's Adam Gamelin and Cody Camissa are capable of leading the way to some big wins.

In D2 Springfield with super shooter Grant White will be one of the favorites, while Mill River led by Austin Bicskei has a title chance as well. Vergennes with three outstanding juniors; Connor Merrill, Logan Williams and Jackson Alexander could mature and win it all.  Perennial power and defending champ Windsor will compete, and Harwood has a solid five back and could surprise.

Richie Hackett and Lake Region will be trying to repeat their 2008 title run in D3.  With Jason Gray at Thetford, Seth Rebeor of BFA Fairfax and Bobby Rohrig of Black River all trying to lead their schools to the D3 Championship as well.  Jaren Scrubb out of Stowe is one of the best D3 underclassmen, and in D4 Elisha Robinson and Proctor are the favorites.