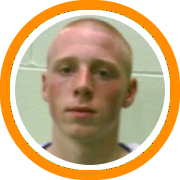 Jon Goldberg and Nick Meunier have made a great tandem over the years.  They’ve starred together for Rice Memorial High School in Vermont, leading the school to the division I state title in their senior year.  The duo has also been side by side on the AAU circuit as well, as both were centerpieces of the Lone Wolf program for the last few years.  Now Goldberg and Meunier will look to reproduce their success on the college level as both are bound for St. Lawrence College.  It doesn’t appear as if this was a package deal for Saints’ head coach Chris Downs as Goldberg made his decision last week and Meunier in the last few days, but needless to say the Vermont duo will give the St. Lawrence program the type of talent necessary to continue to build an upper echelon division III program.  St. Lawrence was 22-7 last year and shared the regular season championship in the Liberty League with a record of 12-2.

Franklin Pierce has landed a commitment from Brewster Academy post-graduate guard Andrew Fenstermaker.  Prior to arriving at Brewster Academy, the Florida native put up absolutely huge scoring numbers during his career at another New Hampshire school, St. Paul’s.  At the college level, he’s a player who has the potential to provide “instant offense” as he’s capable of scoring in bunches immediately upon entering a game.

D.J. Campbell had a storied high school career at Winooski high school before graduating last spring.  He just completed his post-graduate season at nearby Vermont Academy, and helped them advance to the NEPSAC Class B Tournament for the first time in recent years.  Next year he won’t be going too far either, as he’ll head to Keene State to play for head coach Rob Colbert.  Keene State has had lots of success over the years with big wing players who can shoot it from deep, and Campbell fits that mold to a tee.

St. Sebastian’s Cory Willis has committed to play for Colby-Sawyer next year.  Willis is a tough and hard-nosed point guard who projects to be an excellent floor general for the Chargers as well as someone who should be able to make an immediate impact.  He teamed with Greg Jacques, Deric McCottrell, and Ryan Kilcullen to lead St. Sebastian’s to a 16-8 regular season record this year as well as a birth in the NEPSAC Class C play-offs.

Travis Godley, a post-graduate guard at Putnam Science Academy, is headed to Hartwick next year where he will continue his basketball career.  Godley averaged 11 points and 7 rebounds for a PSA team that went 15-6 this past season, claiming the Coastal Prep League Championship.  Prior to arriving at PSA, Godley starred for nearby Putnam High School where he averaged almost 18 points per game and was named to the ECC Conference All-Star team.

Washington & Lee has developed a bit of a recruiting pipeline at the Kingswood-Oxford School.  Last year it Jon Guest who opted to head down south, and now his former teammate, Devin Dillard, will do the same.  Dillard has been a three year starter at K-O and should have no problem translating his game to the next level thanks to his quickness and scoring ability.

Lyndon State, a division III school from Vermont, has acquired the services of a talented local player as Jason Gray will be joining the program next year.  Gray made his living on the interior during the high school season, and although he’ll be a tad undersized to play the power forward position at the next level, look for him to still be efficient because of his tenacity and toughness.