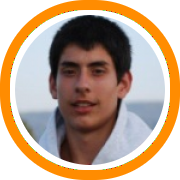 In front of a raucous crowd at the University of Vermont’s Patrick Gymnasium, second-seeded Rice would use a trio of huge, fourth-quarter threes from Casey Tipson and Jake Maynard to erase a five-point deficit and hang on to defeat top-seed Rutland, 55-48, for its 12th state title in school history and third crown in the past five years under head coach Paul Pecor.  Senior guards Austin Robinson and Christian McCormick led Rice (22-2) with a game-high 19 points, with Robinson also contributing four assists and three steals in a gutsy overall performance that included a lock-down defensive effort against ultra-talented guard Troy Davine (13 points, all in the second half).  A Davine three at the third-quarter buzzer would give Rutland (20-3) its largest lead of the game, at 36-33, and ignite a furious exchange of back-and-forth play down the stretch featuring the likes of Alex Snyder and Tre Hysell for Rutland and Robinson, Tipson, Maynard, and McCormick for Rice.  The Raiders would lead by as many as five early in the fourth quarter and appeared to be ready to take control with the potent inside-outside scoring tandem of Snyder and Davine, but Robinson would return to the game after a brief injury-related absence and fuel an impressive Rice comeback that would eventually culminate with a gritty, 55-48 victory.

With 19 apiece, Robinson and McCormick accounted for 38 of Rice’s 55 points as the only Green Knight players in double-figures.  Snyder finished with a hard-earned double-double effort of 12 points and 13 rebounds, with Hysell adding 10 in an impressive, two-way performance to join Davine as the lone Raiders to reach double-figures.

Senior Adam Hubbard scored a season-high 14 points, including a series of baskets during a crucial third-quarter momentum swing, to lead top-seeded Missisquoi over third-seeded Fair Haven, 47-40, in Saturday’s Division II championship contest at the Barre Auditorium.  With the Thunderbirds (22-2) hanging on to a one-point lead, at 23-22, midway through the third quarter, Hubbard would score consecutive hoops before a Matt St. Amour driving lay-up and a back-breaking three from Kyle Lumdsen that would push the spread to 10.  Fair Haven would battle to cut the lead to six, but that’s as close as the Slaters would get before Missisquoi would eventually hang on for a seven-point victory and capture the school’s first state championship.

St. Amour, who led Missisquoi to the championship game with a 31-point performance in the semifinals, joined Hubbard in double-figures with 11.  Stannard finished with 13 points and 14 rebounds for the Slaters (19-5), who struggled offensively in shooting just 33 percent from the floor.

Overcoming a 15-7 deficit early in the first half, third-seeded Winooski combined a game-high 21 points from junior Devon Rollins with 14 points and nine rebounds from Jalen Miller to post a 49-43 victory over fourth-seeded Thetford in Saturday’s Division III final.  Holding a slim, 21-19 advantage at halftime, Rollins and Miller would come up with a series of crucial buckets in the second half to hold off a late Thetford run and allow Winooski (18-5) to hang on for its first state title in 24 years.  Jacob Osborne finished with 19 points and eight rebounds for the Panthers (17-7), to go along with 17 from Ben Stearns.

Behind a monster 32-point, 16-rebound effort from six-foot-six junior Chad Copeland, second-seeded Twinfield capped a perfect season with a hard-fought, 64-58 victory over top-seeded Danville in Saturday’s opening game at the Barre Auditorium, capturing its first state title since 1997 and eighth in school history.  Holding a 48-38 lead heading into the fourth quarter, Twinfield (24-0) would respond to an eight-point Danville (22-2) run by relying on the superior size and skill of its leader inside, as Copeland (13-21 FG) would convert on the next two possessions to stretch the lead back to six, at 52-46, with just over four minutes to play, and eventually propel the Trojans to a six-point victory.  Sophomore David Codling joined Copeland in double-figures with a huge 16-point effort, with Tony Burrington finishing with a team-high 19 for Danville and Solomon Little adding 12.