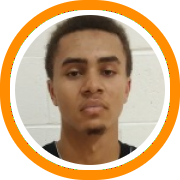 West Virginia Wesleyan is an NCAA Division II school that competes in the Mountain East Conference.

Happy Mothers day momma. Proud to announce that ill be a Bobcat in the fall at West Virginia Weselyan! �� pic.twitter.com/oPFoXmjQUX

"We are very happy for Nick and his family," Vermont Academy head coach Alex Popp told the New England Recruiting Report. "Fit is very important to us at VA. Our 2015 class all hit the ground running in college. Ronnie Suggs (Bradley), Corey Johnson (Harvard) and Jimmy Fritzon (RI) all started as freshmen. West Virginia Wesleyan is a great match for Nick and we are excited to monitor his future."

A six-foot- point guard who possesses both speed and quickness with the ball in his hands, Brooks has the ability to create tempo like few others and is also able to get into the paint both in the open floor as well as half-court settings.

A New Jersey native who previously attended Rutgers Prep before arriving in Saxtons River last year as a junior, he helped VA advance to the NEPSAC finals in each of his two seasons in New England and was an important part of the backcourt rotation for the team that won the 2016 NEPSAC AA championship.

He's also run with Sports U in the Under Armour Association for the last two years, most recently during last month's NCAA evaluation period, when he turned in solid performances in both New York and Indianapolis.