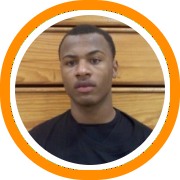 The third annual Vanguard Big City Classic took place this weekend in New Haven, welcoming all four of the cities’ top high school programs in addition to four other top programs from across southern Connecticut.  Here is a recap of the action:

The all-time leading scorer in University of Connecticut men’s basketball history is off to an impressive start to his coaching career as Chris Smith’s Kolbe Cathedral team improved to 3-0 in his first season at the helm of the program.  Senior swingman Ronnie Underwood was the story for Kolbe as he slashed his way to 35 points.  Underwood was relentless attacking the rim, both in transition and the half-court set, and also made 15 of his 19 free-throw attempts.  Troy Owens stepped up in a supporting role with 22 for Kolbe while Danbury was led by Reuben Berry who finished with 20.

The top ranked team in the state of Connecticut earned a hard fought victory over cross town rival Career Regional.  Hillhouse was ready to go out of the gates as they scored the games’ first 12 points and maintained a double digit lead for the majority of the contest.  But Career would make a run early in the 4th quarter, cutting the lead to as little as 4 before Hillhouse ultimately pulled away.  Freddie Wilson was the best player on the floor, finishing with 24 points and showing his composure down the stretch to help Hillhouse seal the deal.  Spencer Smith provided a spark for Hillhouse while Tavon Allen helped to anchor the team on the defensive end as well as the glass.  K.C. Hoff led the way for Career with 14 points.

The most exciting game of the day featured the favorites in class S against last year’s state finalist in class LL.  Crosby seemed to be on their way to a fairly routine victory when they led by 14 points with just 7 minutes remaining in the game.  But that’s when Hyde picked up the defensive pressure and got an offensive boost from Joe Lambert, who scored 10 of his 21 points in the 4th quarter, as Hyde outscored Crosby 19-5 in the next six minutes.  Crosby had one final chance to win the game in regulation but failed to knock down either of their two looks at the bucket.  Hyde would never trail in the extra period behind key buckets from Tim Rodgers but needed one last break to pull out the victory as Crosby’s Ricardo Cortez didn’t get a call after getting seemingly fouled while shooting a 35 footer that could have potentially forced a second overtime as time expired.  B.J. Kline led Crosby with 21 points while Deshawn Murphy and Kendall Groom both had impressive moments for Hyde.

North Haven was at a disadvantage from the onset as they came into Wilbur Cross’ home gym without their leading scorer Brian Salzillo, who missed the game due to illness.  Billy McDonald stepped up to score 17 points while Joe Setaro added 13.  The North Haven defense also did their part holding Wilbur Cross to only 44 points and keeping star player Gerald McClease in check.  But fellow junior Alex Conaway (14 points) and Maurice Morrison (10 points) did enough for Wilbur Cross to overcome an early second half deficit and earn a hard fought victory.  North Haven falls to 4-1 on the season with the loss while Wilbur Cross improves to 2-3.