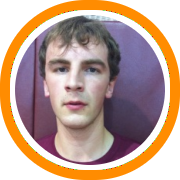 Northfield Mount Hermon’s six-foot-eleven center Vince Van Nes has had college coaches intrigued since arriving in the United States last fall.  With good size and mobility along with a smooth southpaw skill set, the British native has showed flashes of brilliance in the last year and a half.

But those flashes didn’t happen as consistently as Van Nes would have liked in his first year and when he returned to NMH this fall, he did so with a chip on his shoulder, ready to prove his critics wrong.

Van Nes appeared poised to do just that after a series of strong fall workouts had schools like Georgetown, Wake Forest, Virginia Tech, Washington State, and Oregon State all showing interest, but he was confronting with his latest challenge when suffering a season ending foot injury in just the second game of the year.

Despite being unable to play for the remainder of his senior year, Van Nes still saw strong recruitment from a variety of mid-major coaches.  On Friday, he made his pick when he gave Fairfield head coach Ed Cooley a verbal commitment.

“I just felt that Fairfield worked the hardest in recruiting me,” Van Nes said.  “I felt a great level of comfort with the coaches, the players, and the school in general.”

“Ed Cooley and Bob Simon did an amazing job recruiting Vince,” NMH head coach John Carroll said.  “They worked as hard as any coaching staff I’ve seen in my time here and I know Vince is going to the right spot.”

Another prominent factor in Van Nes’ decision making process was Cooley’s proven history in developing his post players.
“Those guys have done tremendous work with big men and Ed [Cooley] has a long history of getting big men to unprecedented heights,” Carroll said.  “Vince is a very skilled guy who has everything he needs to be an impact player in that league and I believe Ed Cooley will get all that and more out of him.”

“He has a good history with developing big men and it’s exciting for me that he’s going to be my coach,” Van Nes said.
With his high school career and recruitment having now both ended, Van Nes is returning to his goal of this fall and that’s proving his doubters wrong.

“I came to NMH two years ago and it’s really helped my development as a player and as a person,” he said.  “The last few years have been up and down but my best basketball is definitely in front of me and I’m excited to be at Fairfield.”
Van Nes is the final member of NMH’s 2011 class to make his college decision with all seven members of the class now moving on to division I schools.