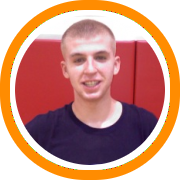 First up in our series of updated 2013 rankings is the state of Rhode Island.

St. Raphael sophomore Charles Correa maintains his top ranking in the state.  The creative guard turned in a very succesful freshmen campaign a year ago, being named 2nd team All-State in Division I North by the Providence Journal.  He begins his sophomore season with heavy expectations, considered by many to be one of the best players in the state in only his second season and perhaps the best pure creator with his able to shake defenders with his dribble.

Moving up a spot to number two is Ben Engvall, a talented swingman from Barrington who showed off a versatile game with at the recent New England Elite 75 Showcase - Frosh/Soph Edition, able to impact the game in a variety of different ways at both ends of the floor.  LaSalle Academy's Tom Hunt maintains his spot among the state's first three by virtue of being an absolute sniper from the perimeter and the best shooter in the class.

Cracking the rankings for the first time are Justin Bristol, a six-foot-six big man from the Prout School, and Josh Jones, a playmaking guard from Hope.  Both players joined Engvall and Hunt at the recent Elite 75 and showed well, not just because of their current ability but because of their upside.  Bristol is a true post player who has a great motor on both ends of the floor, emerging skills, and some deceptive athleticism.  The best part about him is that he may still be growing which means his stock will only continue to rise.  Jones is a playmaker who makes things happen and can score points in bunches who will only continue to improve as his decision making and feel for the game evolves.

Honorable mention in the class is headlined by Portsmouth's Henry Bolton, a talented guard who we are anxious to see more of, and Bishop Hendricken's Lee Messier, a shot maker who also proved his worth at the Elite 75.