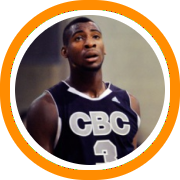 Ten years from now local high school basketball fans will look back on this period of time and realize it was one of the strongest in New England history.  The class of 2011 was very good, the class of 2012 is even better, and 2013 and 2014 aren’t far behind.

Of course it all starts with Andre Drummond, who may have lost his number one national ranking to Shabazz Muhammad, but is still undeniably the top overall physical prospect in the country.

As it relates to New England, Drummond has only continued to distance himself from the pack by virtue of strong performances at the Pangos All-American Camp and Adidas Super 64 in particular, and is now even being called the most physically gifted big man to come out of the USA in the last five years by many national scouts.

But New England is far from a one hit wonder as Mitch McGary (3) and Kaleb Tarczewski (7) are both top ten national prospects while Ricardo Ledo and Kris Dunn check-in within the top 30.  Other top 100 prospects include Georges Niang, Nikolas Stauskas, and Jake Layman.  Those eight comprise New England’s top ten along with Zach Auguste and Olivier Hanlon.

Three months ago no one could have predicted that Clyde Smith, John Papale, Timajh Parker-Rivera, and Terry Tarpey would all be in contention for the state’s top ranking, but with Drummond, Dunn, and Mike Tobey all relocating outside the area code that’s exactly what we have to start the senior year.  Smith has the early lead by virtue of his high-major offers but Papale got the better of them the last time they went head to head, while Parker-Rivera and Tarpey could be on the verge of a rematch in the CIAC finals.

Anthony Joseph Perez Cortesia may not be mentioned in the same breath as the high profile guys anymore, but the fact remains he has the sheer talent to return to that level with a little more pop in his motor this year.  Rodell Wigginton climbed up to the second spot after his strong summer while teammate Jean Yves Toupane is next at three.  Tristan Thomas, Harry Rafferty, and Liam Langaas couldn’t have done much better for themselves this summer and round up the next three spots as a result.

When one state owns four top 30 national prospects, never mind six top 100 players, you know it’s a loaded area.  So while Drummond, Tarczewski, Ledo, Dunn, Stauskas, and Layman have a lock on the top six spots, the Notre Dame Prep backcourt duo of Myles Davis and Sam Cassell Jr. both showed well this summer as too did Evan Cummins, Akosa Maduegbunam, Ethan ODay, and Alex Furness who round out the top 12…because frankly keeping it to ten just wouldn’t have been fair in this state.

If you haven’t seen McGary play since last winter, be ready for a new man as prep school basketball’s version of Tyler Hansbrough has established himself as one of the truly elite players in the country.  Meanwhile Georges Niang had yet another big season on the AAU circuit while Zach Auguste’s strong 10 day spurt in Las Vegas and Los Angeles has everyone wondering if he’s put all the pieces together once and for all.  The region’s purest point guard Olivier Hanlan cracked New England’s top ten and sits 4th in New Hampshire.

Cedric Kuakumensah exceeded expectations this summer, proving his value beyond a shadow of a doubt with his prowess on the glass and the defensive end of the floor.  As a result his spot as Rhode Island’s top ranked prospect is completely undeniable.  Rob Hazard should be the RIIL’s top player this year while Kalusha Ndoumbe Ngollo could be a name on the rise if he can turn potential into production with more consistency in his second year at St. Andrew’s.

Martin Dixon-Green has moved out west to finish his prep career and that creates a temporary battle for top billing between Green Mountain natives Chad Copeland and Troy Davine.  What makes this group special is that of all six states in the region, Vermont is the only one whose top ten is comprised solely of local home grown talent…that is until Vermont Academy’s prospects arrive in a couple of weeks.