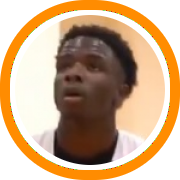 It was two months ago that we debuted the NERR-TV Virtual Showcase, an unprecedented program for unprecedented times, designed to capitalize on the visibility and credibility of the various NERR platforms to help unsigned seniors get the late exposure they needed after spring recruiting was shut down.

That initiative proved to be more successful than we ever could have imagined. All 50 unsigned seniors who participated ended up being actively recruited by college programs, including over 20 from the scholarship level. 10 have already committed to D2 schools while 3 others accepted full rides to junior colleges.

On social media the #RealExposure hashtag that was once coined by NERR years ago, now includes an addendum, #EvenNow, to demonstrate our continued commitment and ability to help local prospects earn the looks they deserve.

Mohamed Sanogo received his first two D1 offers within 24 hours of his virtual profile before his decision to attend prep school. Similarly, Leon Williams heard from three D1 schools before his decision to prep while Justin ONeill is another scholarship level prospect who accepted a post-grad spot. Bismark Nsiah has also landed multiple scholarship offers since his profile was published, but has yet to make a decision.

Clayton Erickson, Christian Carmosino, James Borodawko, Luke Bitters, Nick Sacchetti, Khalid Moreland, Rafael Velasquez, and Parnell Pierre are also clear college caliber players who remain available in the class of 2020. As too is Jeremy Remigio, the first junior college prospect to be profiled as part of the series.