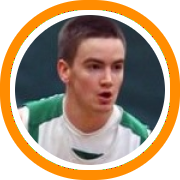 The Hawks Elite Team Camp got off to a strong start on Saturday as many of the top programs and players in the CIAC filled the Reich Family Pavilion on the University of Hartford’s campus.

Here’s a look at what we learned on Saturday:

Hillhouse is the Frontrunner

It was about this time last year that we first labeled Windsor the team to beat in Connecticut in the 2008-09 season.  And since that prediction has come to pass we’re going to go out on another limb and say Hillhouse is that team next year.

The Academics return an experienced and talented group that features both star power and depth.  Rising junior Freddie Wilson appears ready to establish himself as one of the state’s top players.  He has always been able to create with his dribble but now he’s showing the poise and ability to get others involved to really set himself apart.  And when he’s making shots from behind the arc like he was on Saturday he’s practically un-guardable.

After Wilson, comes a deep and talented senior class.  Tavon Allen’s talents and long term potential are well known and he will continue to be of the utmost important to the Academics, but the guy who is the silent assassin and arguably one of the state’s most underrated players is Jengodji Gates.  He scored the ball in every which way on Saturday showing his high arching three-point stroke, getting to the rim with a long first step, and even turning the corner on some ball screens.  Athletic big man Mike Barnes and slashing swingman Spencer Smith round out the senior class and would be stars on any other team.  Also, don’t underestimate the importance of Hamden transfer Jason Burgos, who scored a few buckets rolling to the rim, and John Covington who should blossom into one of the future stars of the program.

Head and Shoulders Above the Competition

A number of top prospects at the team camp simply dominated some match-ups with their size and athleticism.  Bloomfield’s Denzel Jones and Northwest Catholic’s Julian Harris put together a highlight reel of dunks on the day as their hop around the rim was unrivaled even by some of the most competitive teams the CIAC had to offer.  Similarly, Jakarri McCallop was a man among boys in the morning, scoring and rebounding around the rim.

New Britain rising seniors Steven Glowiak and Darius Watson were both very impressive as the Hurricanes ran the majority of their offense through this one-two punch.  Glowiak put on a show with his shooting ability as he made the defender pay every time he went under the ball screen, showed a quick stop and pop in the mid-range area, and seized a couple of opportunities to get all the way to the rim.  Meanwhile Watson’s versatility was the key to his attack as he knocked down a couple of threes of his own, pulled opposing big men away from the bucket and then drove it passed them, and also created on the interior with a patented spin move.

Jevon Williams, East Hartford – Williams shot the ball very well throughout the day.  He had the gym buzzing in the morning with his marksmanship and used his second game to show that his trigger was just as accurate off the catch or the dribble.

Gerald McClease & Alex Conaway, Wilbur Cross – Despite falling to East Hartford in the opening round game, both rising juniors showed well.  McClease scored at will going to the rim, showing a quick first step and nice bounce while Conaway was very active at both ends and did a nice job competing with McCallop on the glass.

Jordan Lewis & Tyler Huffman, Northwest Catholic – The guard tandem is more than solid as rising senior Lewis can both run the show and create with his dribble penetration.  Meanwhile Huffman is a throw back type of guard with terrific vision and basketball I.Q. to go along with a lethal lefty three-point stroke.

Isaiah Salafia, Cromwell – Few players are hotter right now as Salafia’s name is on the lips of a lot of college coaches.  He showed why today as he got a number of easy points by virtue of his talent and athleticism but also showed an emerging ability to make tough shots with a series of dribble moves into contested pull-ups.  He also made what may have been the highlight of the day when he threw down a vicious dunk in the open floor on a helpless defender.

Jerome Harris, Rohan Brown, & B.J. Cardarelli, East Catholic – East Catholic’s first three is as good as anyone’s as Harris, Brown, and Cardarelli are not only very talented but also compliment each other extremely well.  Harris is the explosive creator in the backcourt, Brown a rugged interior presence, and Cardarelli a skilled big man who can produce inside and out.  What’s also important is that all three continue to improve:  Harris is learning to play without the ball more; Brown has gotten much stronger and really developed his footwork at both the low and high post; and Cardarelli is utilizing his high skill set to become a more assertive offensive player.

Rashad Moore, Bloomfield – He’s a pure scorer and everyone knows it but what was impressive on Saturday was how he sacrificed some of his own shots to get others involved, making a number of good passes in both the open floor and half-court.  He also sported a cut frame as he’s obviously worked hard to sculpt his body.

The University of Hartford Elite Team Camp will continue on Sunday with games beginning at 10am and a four team single elimination championship round beginning at 5:45pm.