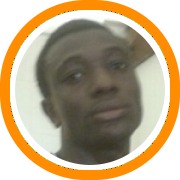 Saturday began with a special surprise for the 40 campers in attendance as they were treated to a guest appearance and subsequent lecture by former Husky and NBA all-star Ray Allen.  Allen wasn’t the only famous alumnus in Gampel Pavilion on Saturday as he was joined by Caron Butler shortly after concluding his talk.  Allen and Butler then teamed with the Connecticut coaching staff as they put the campers through a series of position based drill work.  The day concluded with a series of mini games that allowed the campers to compete with and against Allen and Butler along with current Huskies Stanley Robinson and Curtis Kelly.

Alex Oriakhi looked fantastic throughout the day.  During the drill work he showed his prowess on the low block along with a much improved perimeter jumper that had consistent range to just inside the three-point line.  He made a strong statement in the first game of the day by scoring the contest’s first six points including a soft jump hook and a powerful reverse lay-up at the end of the break.

Also impressing was Nadir Tharpe who thrived in the uptempo system that the Connecticut coaching staff was encouraging everyone to play in.  For most of the morning he more then held his own as he was matched up against Kemba Walker, a rising senior from New York who has already committed to the Huskies.  Tharpe did a great job of getting his team out in the open floor and was able to make some beautiful passes in transition including an alley-oop feed to current Husky swingman Stanley Robinson for a rim rattling dunk.

Another local player who made a big impression was Tevin Baskin.  While he unfortunately wasn’t getting many touches on the offensive end the Trinity Catholic forward was able to stand out on the defensive end of the floor and by working the glass.  After Saturday Baskin will forever be able to say he took a charge from Ray Allen on the Gampel Pavilion floor as he cut the NBA star off on a baseline drive and held his ground as Allen’s knee came into his chest.  A few possessions later he came up with the highlight of the day as he jumped from three feet beyond the block on the baseline, caught an offensive rebound, and glided to the center of the rim in one motion for a powerful dunk that drew roars from the onlookers in the stands.

There also appears to be a new name on the block as Anthony Jernigan more than held his own this weekend.  The 5’8 point guard will be a freshman next year at East Hartford and the comparisons to Doug Wiggins were being talked about all weekend.  Such comparisons are obviously an unfair burden to put on such a young player but with his ability to handle and pass the ball it is obvious this is a player who could have a very bright future if he can stay humble and work hard.

Also on hand was the nation’s number one ranked player in the class of 2010 according to rivals.com, Jeremy Tyler, in addition to big man Festus Ezeli, Durand Scott, Jordan Hamilton, and Assane Sene.  Nate Miles, who spent the second half of last year at Notre Dame Prep after giving a verbal commitment to the Huskies was also in attendance although he was unable to play due to injury.  Miles still made a major announcement as he confirmed what has been rumored for weeks, that he will be leaving New England to attend the Patterson School.