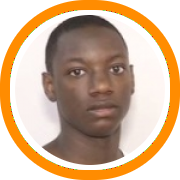 The Mass Rivals are sending three players to Las Vegas this weekend for the latest session of Adidas Nations.

This weekend’s training session is the third and final session before the American rosters are decided for Adidas Nations Global 2013, an eight team tournament that matched top prospects from the United States against their counterparts from Africa, Asia, Australia, Europe, and Latin America.

Noah Vonleh was the MVP of the 2012 Adidas Nations Global Experience.