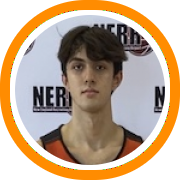 Yesterday we began our previews of New England six state associations by examining the top senior prospects in the MIAA. Today we’ll expand that focus to look at some juniors who have already distinguished themselves in Massachusetts as well as a few select underclassmen.

Justin Vander Baan, Whitinsville Christian – He’s far from a finished product. Anything but in fact. But when you start looking a few years down the road and you’ve got a seven-footer with touch around the rim who can change ends and has a work-ethic, then that’s definitely a long-term prospect to be excited about.

Shemar Dennis, St. John's – A power guard who can impose his will in multiple facts of the high school game, Dennis gets downhill off the dribble and makes plays on the defensive end. He recently transferred from St. Peter Marian but is now expected to miss the year due to injury.

Will Dorion, Needham – Dorion will play a leading role this year after being the Robin to Thomas Shaughnessy’s Batman last year. Dorion actually has plenty of similarities to his predecessor as he’s hard-nosed, tough, able to score the ball in different ways, and make those around him better.

Khai Smith, Cambridge – The big man in the middle is the reigning league MVP and the latest in a recently long line of quality post products to come through the program. Smith anchors the interior not just with his scoring but also his rebounding, physicality, and shot-blocking.

Chris Edgehill, Franklin – One of the top shooters in the MIAA, the first half of Edgehill’s high school career has been characterized by nothing but success as he’s made big shots, put up big numbers, shown an ability to play with the ball in his hands, and led Franklin to back-to-back state finals.

George Smith, Central Catholic – Another one of the most lethal shooters in the state, this southpaw guard returns for his junior season after a terrific spring and summer in the grassroots ranks, resulting in early division I recruitment. He and Kevin Constant, two players with complimenting weapons, will lead the way for CC.

Bryant Ciccio, Attleboro – There weren’t many guys in New England who had a better fall than Ciccio as he’s clearly taken both his game and conditioning to new levels. This winter he’ll team with big man Qualeem Charles to form one of the top inside-out tandems in the Hockomock League.

Malachi Hazelton, Bedford – Hazelton is a physical specimen who is cut-up, powerful, and athletic. His physical tools put him in the top 1% of the MIAA and as he continues to add to his skill set, learn the subtleties of the game, and be able to pick his spots, he’ll only continue to emerge.

Ozzy Trapilo, Boston College – Trapilo missed the better part of his sophomore season with injury, but started to make a name for himself on the grassroots circuit this spring and summer and should now be ready for a big junior campaign. He’s broad, powerful, and virtually immovable inside the paint.

Shea Doherty, Acton-Boxborough – Mitch’s little brother is very skilled for his size but both longer and more athletic than his older brother.

Ademide Badmus, St. Mary’s – A wide-bodied big man with agile feet and soft hands who is just beginning to extend his game and show his face-up potential.

Kurtis Henderson, Catholic Memorial – Henderson played a big role as a freshman and will be even more critical to CM’s full court system this year.

Jayden Brown, Coyle & Cassidy – The 6-foot-7 big man is a double-double machine and already a force to be reckoned with inside the paint.

Alex Karaban, Algonquin – One of the best long-term prospects in the state with size, skill, and an already established work-ethic.

Amari Howell, Braintree – Undersized floor general who will likely play a marquee role from day one, on both sides of the ball, for Braintree.

Tony Felder, Malden Catholic – Scoring guard with savvy and skill beyond his years who will be able to score the ball from day one.

TJ Power & Owen Moreira, St. John’s – Top freshmen duo in the MIAA should be capable, and expected, of helping St. John’s right away