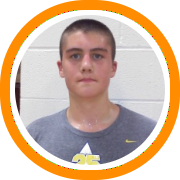 Virginia had been the leader in the clubhouse for several weeks now.  In fact, Mike Tobey's father had to talk his son out of committing to the Cavaliers over Thanksgiving break.

Tobey, a six-foot-eleven center from the Hotchkiss School in Connecticut, made a verbal commitment to Virginia on Monday afternoon, shortly after taking an unofficial visit to the school.

“He went down there and fell in love with the place,” said Hotchkiss head coach Fred Benjamin.

Tobey, a New Jersey native who transferred into Hotchkiss at the start of the school year, took unofficial visits to both Virginia and Maryland on his recent trip down south.

“It fit on the academic side as well as the athletic side,” Benjamin said.  “The Business School is phenomenal.”

Tobey had additional offers from Pittsburgh, Miami, Xavier, Siena, and Northwestern as well as strong interest from Notre Dame, Stanford, and Wake Forest.

He began his high school career at Don Bosco Prep in New Jersey before transferring to Hotchkiss this fall.  Having yet to reach his 16th birthday prior to the beginning of the school year, Tobey initially chose to repeat his sophomore year upon arriving at the NEPSAC school but had a change of heart about a month later when he returned to the class of 2012.

As a sixteen year old junior, Tobey is still only scratching the surface of his potential as he has yet to even fill out physically but is already demonstrating tremendous tools for a young big man including great hands and feet and a soft shooting touch with range all the way out to 22 feet.

With continued development, he has all the potential to develop into one of the top big men in the country with versatility that is exceptionally rare for a player his size.

Tobey becomes the second Hotchkiss product to commit to an ACC school in as many years, joining Jason Morris who is currently a freshman at Georgia Tech.